VICE Media Group is expanding its award-winning VICE News ecosystem globally with the launch of VICE World News. Building off the meteoric success of VICE News in the U.S, the VICE World News brand will create hundreds of hours of international television, digital and audio news programming for audiences worldwide, and will see VICE significantly scaling its news operations globally beyond its existing footprint.

VICE World News stories include the best of VICE’s enterprise and investigative reporting; day-of coverage; unique second-day analysis; and reporting on the issues of relevance across the globe, authentically told by VICE News journalists from EMEA, APAC, Latin America, and North America. VICE World News will provide global coverage across the core beats the organization is known for including: extremism, climate, drugs, privacy, politics, and inequality. The expansion includes television and digital content, with the first offerings from VICE World News now available on VICE.com’s English-language sites in addition to more products launching over the coming year.

Television programming currently in production to be released in the U.S. and internationally include:

Are we heading for a borderless future or tied inescapably to the divisions of the past? Borders are flashpoints for the forces reshaping our world.  In “Border to Border,” VICE News correspondent David Noriega embeds in borderlands across the world, delivering an immersive, first hand look at life on the edges from both sides of the line.

Video games are not niche; they are the biggest media industry in the world. While we’ve all seen games like Goldeneye and World of Warcraft glue eyeballs to screens in the millions, the untold origin stories behind these games are just as compelling as the games themselves. In “Reset,” VICE News correspondent Dexter Thomas explores the games that created the global phenomenon, from Super Mario Brothers to Fortnite.

Fandom is the new religion. As traditional institutions and belief systems lose power, new cults of personality are born every day. In “Fanatics,” VICE News correspondent Alice Hines delves into the unorthodox lives and complex motivations of people who devote themselves so deeply in a space between interest and obsession, they change irrevocably. Each episode is a window into a set of intimate experiences: at turns surreal, tragic, confounding, and profound.

Whether it’s the upheaval caused by the COVID-19 pandemic, mass migration, or an emerging conflict, “The Source” will peel back the layers of the world’s biggest stories to uncover where the story began. Reporters from around the world will bring the audience along to dissect one compelling news story, told in an hour-long documentary. From an investigation into the coronavirus conspiracy theories, to a blow-by-blow account of President Trump’s photo op at St. John’s Church, “The Source” will show you what is really happening behind the headlines.

A CALL FOR CHANGE IN BRAND SAFETY PRACTICES

*Video can be used for publishing

With protests taking hold around the world the past few weeks, VICE has now seen new words added to keyword blocklists that include: George Floyd, Black Lives Matter, Protest, Minneapolis, and even Black people.

In 2019, VICE Media Group took a stance, calling upon advertisers to reconsider the brand safety practice of keyword blocklists and revealing through internal research that these lists restrict content that promotes diversity and inclusion.

From that moment, VICE no longer blocked a list of 25 words and phrases traditionally found on keyword blocklists, including important diversity identifiers, such as Muslim, Transgender, Refugee, Interracial and more.

In a recent internal analysis, VICE Media Group saw that content related to George Floyd and the protests, monetized at a rate 57% lower than other News content. This is as a result of brands and agencies specifically blocking their ads from being next to quality journalism about this important event.

So this year, VICE Media Group is doubling down on its stance, and calling upon advertisers to support journalism and the stories that matter.

The ask is twofold:

iHeartMedia, the No. 1 commercial podcast publisher globally, and VICE Media Group, the world’s largest independent youth media company, are launching “VICE News Reports,” a new weekly investigative series covering critical news subjects from around the world. “VICE News Reports” will be co-produced by iHeartRadio and VICE News. As part of the new partnership, iHeartMedia will have a first-look option to co-produce additional podcasts based on VICE Media Group content. “VICE News Reports” will debut this fall on iHeartRadio and everywhere podcasts are available.

The year-round weekly series will feature in-depth, on-the-ground reportage, tapping into VICE’s extensive global network of diverse, award-winning journalists, offering rare-access audio that brings the listener directly into the story unlike any other program. With an immersive, vérité, in the field approach, the half-hour episodes will provide unique reporting on the biggest news stories in the world and delve into underreported events beyond the 24-hour news cycle.

The series will include a mix of long and short-form reports, feature stories, multiple episode series and more, all told in the signature VICE News style. Topics to be covered include exclusive reporting from the frontlines of global conflicts and civil uprisings; a deep dive into the rise of the alt-right in the states and abroad; and a multi-part investigation into the debate about arming teachers in America’s schools.

*Video can be used for publishing

Building on the success of this season’s Dark Side Of The Ring, the highest rated show in the network’s history, and a strong spring slate of new series including: Shelter in Place with Shane Smith, A Seat at the Table with Anand Giridharadas and No Mercy, No Malice with Professor Scott Galloway, VICE TV is launching a new weekly talk show with veteran journalists, former colleagues, and best friends Jemele Hill and Cari Champion this summer. Disruptors with Jemele Hill and Cari Champion (working title) unpacks the biggest topics and headlines of the week in an unfiltered conversation. Disruptors (WT) will also feature guest experts, thought leaders and changemakers who will provide perspective, commentary and insight. From the politics of culture to the culture of politics and the business of sport to the sport of business, Cari and Jemele offer their outspoken and entertaining voices to go in-depth on issues most on their minds. 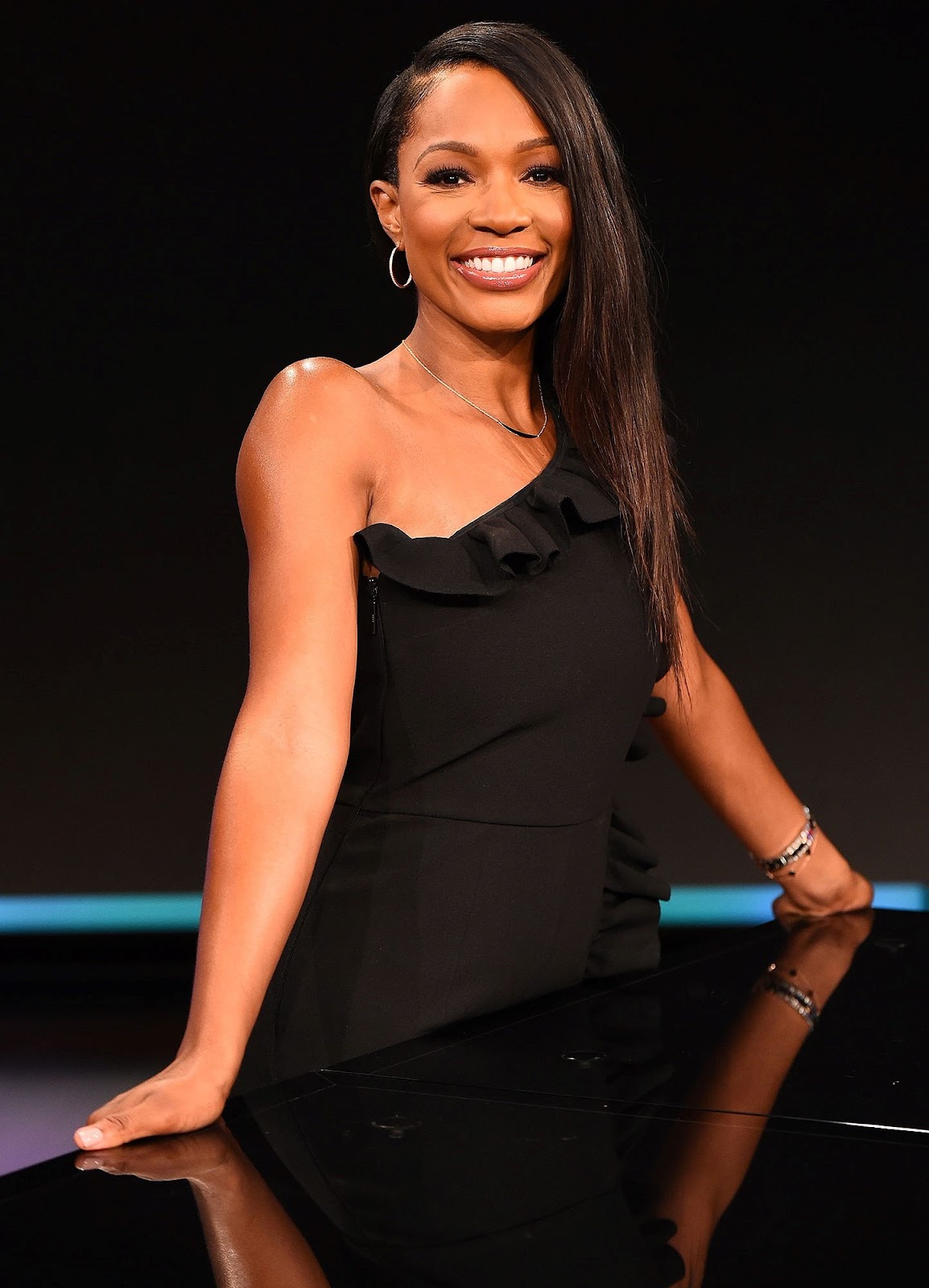 Anchor, sports journalist, and host Cari Champion spent nearly a decade at ESPN, where she served as a SportsCenter anchor, co-host of SportsNation, host of ESPN2’s First Take and her own weekly podcast Be Honest with Cari Champion. Currently, she is a field reporter on Season 2 of NBC’s reality competition series, The Titan Games, created and presented by Dwayne “The Rock” Johnson. Champion also worked as a sideline reporter on ABC’s Battle of the Network Stars reboot, and frequently appeared on Steve Harvey’s daytime show, STEVE. Additionally, Champion has served as host and reporter for the Tennis Channel, The Insider, Hollywood 411 and Starz Entertainment as well as worked across the country covering news, entertainment, and sports stories of national interest for ABC, CBS, NBC and other cable networks. Champion empowers worldwide audiences by offering her unique perspective on women in the male-dominated world of sports, race and ethnicity in sports media, and how to overcome personal and professional adversity. 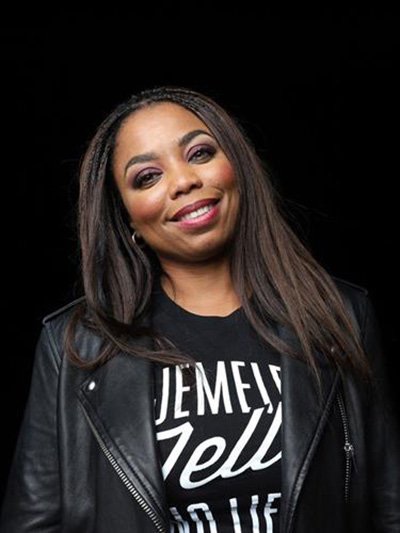 Emmy Award winning journalist, Jemele Hill is the co-founder of Lodge Freeway Media, a contributing writer for The Atlantic and host of the weekly Spotify Original podcast Jemele Hill is Unbothered. Previously, over the course of a dozen years at ESPN, Hill served as chief correspondent and senior columnist for The Undefeated, co-anchor of the network’s flagship six o’clock SportsCenter, SC6 with Michael & Jemele and the popular podcast and weekday TV show His & Hers. Prior to joining ESPN.com as a national columnist, she was the only African-American female sports columnist in the country while at the Orlando Sentinel, and has also written about sports for the Detroit Free Press and the Raleigh News & Observer. Hill was honored as Journalist of the Year by the National Association of Black Journalists in 2018 and participated in the Emmy Award winning The President and the People: A National Conversation, a one-hour town hall with President Barack Obama on race relations, justice, policing and equality. Her credits also include the podcast The Wire: Way Down in the Hole with Van Lathan. 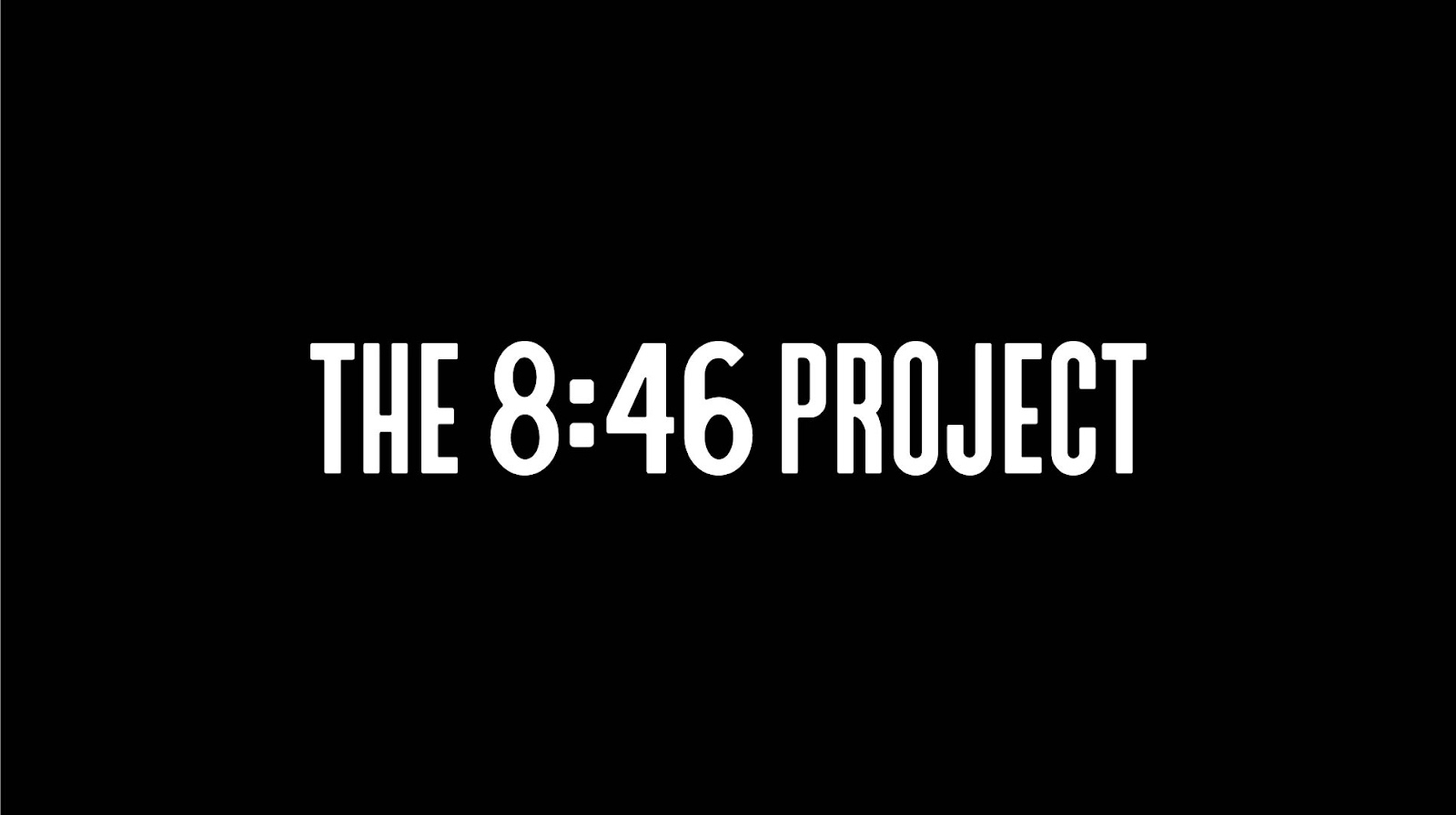 VICE Media Group is launching ‘The 8:46 Project,’ a company-wide commitment to expand coverage and reporting on systemic racism across all of VICE’s brands including: VICE News, VICE Digital, Noisey, Munchies and VICE TV.

It took eight minutes and forty-six seconds to extinguish the life of George Floyd, igniting protests that have brought about the most significant reckoning on racial violence in recent U.S. history. Content from ‘The 8:46 Project’ will not only report on the stories and actions in the streets today, but will look to the future and beyond to deepen the country’s understanding of this American uprising and racial injustice in the U.S.

VICE has long been a leader in reporting on accountability and racial violence through its coverage of politics, climate, health, tech and extremism. Over the next 12 months, all of VICE Media Group’s brands will commit to publishing even more of these vital stories across its myriad platforms. The coordinated, cross-company initiative will feature investigative reports, engaging digital video series, documentaries, audio installments, and vertical video formats that bear witness to this historic time shaping our futures.

Bayard, the font used for ‘The 8:46 Project’ logo, was created by designer Tre Seals and his company Vocal Type Co, which focuses on bringing diversity to the design industry by creating typefaces that highlight a piece of history from a specific under-represented race, ethnicity, or gender. Bayard was inspired by the 1963 March on Washington and is named after Bayard Rustin, a close advisor to Martin Luther King Jr. and a seminal figure in the Civil Rights Movement.

VICE Media Group is introducing a new program, aimed at imagining the future.

The 2030 Project is a paid, 12-month long program, inviting a group of young people, from diverse backgrounds and experiences, into the organization to look 10 years into the future and envision what life might be like for their own generation come 2030.

This group of 12 will collaborate with researchers, developers and creators to produce content across VICE’s TV, digital and editorial platforms; helping the company, its audience, and partners think through the future of everything – from work, to dating, to the environment.

Every two months, the group will conduct deep dives into passion points including: Food, Fashion, Technology, Politics, Health + Dating. Brands will have the opportunity to engage with, collaborate, and learn from this group throughout the duration of the program that will be kicking off this fall.