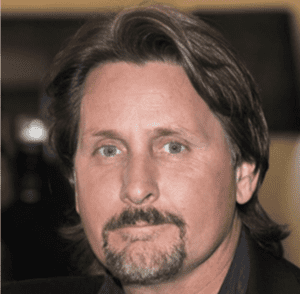 Emilio Estevez is reprising his role as Coach Gordon Bombay in the new Disney+ original series The Mighty Ducks, based on the ‘90s hit franchise. The 10-episode series will premiere later this year on the streamer.  Estevez will also serve as an executive producer.

“Once a Duck, always a Duck!,” said Estevez, “and after 25 years, I am delighted to lace up my skates, put on Coach Bombay’s jacket and return to play the iconic character for this new chapter in ‘The Mighty Ducks’ franchise.  Likewise, I am thrilled to return to my old stomping grounds with my friends at Disney and Steve Brill, the original creator of the franchise, to join them on their exciting new platform, Disney+.”

“It was an easy decision to bring back the Quack Attack with a modern and fresh twist,” said Agnes Chu, senior vice president, Content, Disney+. “For a generation, ‘The Mighty Ducks’ stood for teamwork, friendship, and heart and we’re excited to see the Ducks fly together once again and bring the franchise to new audiences around the world.”

Life coach Mike Bayer, author of the New York Times bestseller “Best Self: Be You, Only Better,” sat down with guest Jessica Simpson for the launch of The Coach Mike Podcast, from Stage 29 Podcast Productions.  During the inaugural episode, Simpson opens up to Bayer about overcoming divorce, addressing sexual abuse she experienced as a child […]

AT&T, Singtel and Telefonica are collaborating to enhance their ability to detect and eliminate cybersecurity threats.  Members of  the Telco Security Alliance, the companies are working together, sharing the latest threat intelligence and indicators of compromise. Information comes from a variety of sources, including anonymous data from alliance members’ security operations centers and security team […]

Canoe  ended the year up about 4% year-over-year in VOD ad impressions, with most networks starting to hit their ceiling with available inventory, according to the company’s 2019 Year End Insights Report. Its dynamic ad insertion capabilities cover 38 million homes, up from 36 million one year ago. Canoe, owned by Comcast, Charter and Cox, […]

Cadence13 announced an exclusive partnership with  content creators The Dolan Twins, brothers Ethan and Grayson Dolan, for the launch of their first podcast, Deeper with The Dolan Twins.  On the weekly show, the twenty-year-old Dolans will open up about their life experiences, inviting listeners to join them for unfiltered conversations on serious (and not-so-serious) topic. Ethan […]

A Cynopsis Message From PREMION PREMIONONE SOLUTION. EVERY ADVANTAGE. Leading the Evolution in Local OTT & CTV Advertising PREMION is the leading premiumCTV/OTT advertising solution that enables local and regional advertisers to reach and target their desired audiences at scale. LEARN MORE AT PREMION.COM Tuesday February 18, 2020 Facebook announced on […]