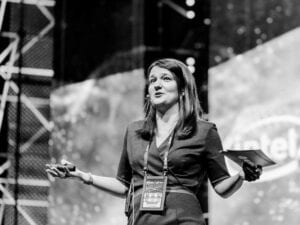 Three years after launching their communications agency anchored by esports clients, The Story Mob is building out inventory of clients. The female-owned, international agency founded by Anna Rozwandowicz and Nicola Piggott, announced plans to rebrand and expand beyond esports in a move designed to meet the growing need of organizations and brand partners looking to tap into gaming culture overall. With the strategy shift, the company will offer new services that include expert brand guidance through gaming culture — which intersects sports, entertainment, music, and fashion. Among the highlights for the milestone anniversary office locations in Los Angeles, Amsterdam and London; white papers detailing trends and insights into the industry; over 300 pro players, influencers and industry executives media trained and coached through interviews; and more.

Cynopsis Esports caught up with Piggott to talk about the journey so far and where they see business evolving in the coming years.

1) How would you compare the market now versus when you launched the agency?
When Anna and I first sketched out The Story Mob back in 2017, our vision was very specific and focused on the esports market we had been contemporaries and colleagues in for so long. Neither of us had been able to find a credible communications agency that (a) understood the gaming and esports landscape and (b) had the skills to support the very best in the space, for a good reason – no such agency existed. Communications groups underestimated esports and didn’t understand the necessity for authenticity when speaking to a gaming audience. They assumed they could fake it.

Since then, not only has the Mob grown beyond our original esports sandbox, the communications world has started to wake up to this massive opportunity space. We’ve seen multiple competitors launch gaming and esports verticals and try to take advantage of the increased investment in the space. As an OG mover in the space, we welcome this development. We believe that competition fosters innovation, and we’re at our best when we’re consistently challenged and pushed out of our comfort zone. It also means a new generation of communications professionals who have been able to specialize in gaming, several of which have found a home at the Mob.

2) How has The Story Mob changed as esports has grown?
Some of our growth is easy to see with the naked eye – we’ve grown from only three people to over 15 and from kitchen table offices to beautiful offices in Santa Monica for our North American team. Some are a little deeper below the surface – since we started, we’ve hired a team that spans expertise in traditional sports (NBA, NFL), crisis management, publisher relations, entertainment and more. We realized that our expertise went beyond just the competitive edge of gaming – we were serving audiences who were looking for entertainment, style, connections….everything we associate with gaming culture. As such, our offerings have expanded beyond the bleachers.

3) What are some of the projects you’ve been most proud of?
I’m especially proud of how The Story Mob has helped esports weather the last year, and keep their communications strong and on point when their audience needed them the most. In 2020, we developed remote press rooms, worked with the biggest leagues in esports on how to keep the sparkle without a cheering audience and most importantly how to help fans feel the fun and occasion of a championship in dark times. It feels great to have contributed to something so positive.

4) What is the biggest challenge (outside of the pandemic) for your company at this stage?
Hiring is our biggest challenge and biggest opportunity. We’re really careful about who we hire as we know that internal culture is fragile and important, and we’re valuable precisely because we understand the gamers we represent. I’m extremely proud of the diverse lineup of talent that have joined the Mob over the last few years, but I’m sure we’ve missed out on talented people because someone else rushed their process and we took it a little slower. This year, we’re streamlining so that we’re still getting to know candidates, but the process is quicker and nimbler.

5) Although different from esports, how is gaming culture evolved over the past five years?
Gaming’s trajectory has sped up dramatically over the past five years, largely because the lines between what a ‘gamer’ is (or used to be) and the rest of the world have become so blurred. Does watching your favorite streamer taking questions on an IRL stream make you a gamer? Does a weekly game of About Us, or a daily/hourly grind of League? The distinctions are less important. Gaming and gaming culture is a part of all of our digital lives. Just as filmed entertainment democratized from the movie house to TV to the phone in your pocket, gaming isn’t a niche hobby occupied by the few. It’s all of us.

6) What opportunities are companies missing in this space?
Genuine, unfaked, unpatronizing, non-manufactured opportunities to talk to the millions of female gamers all across the world. We’re still not hitting the mark.

Monday November 29, 2021 There are survivors and then there are thrivers, and Ethan Zohn has proven capable of being both. Zohn, the winner of Survivor Season Three, has used his fame to dedicate his life to assisting causes, especially ones that he, as a former professional soccer player and cancer survivor can […]