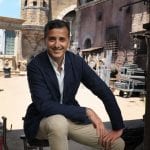 Luca Bernabei, Producer and CEO of Rome-headquartered Lux Vide, heads the first Italian production company to be honored with an Emmy Award, and the first to have an original series air on Netflix (“Medici: The Magnificent”). Here, he offers insights on how the pandemic has changed viewing patterns – and how producers can meet the moment.

Moore’s Law is the name given to speed of change in the technology business which occurs approximately every two years.  With the many rapid changes that continue to take place in our global entertainment industry, maybe it’s time we come up with a name for this ongoing metamorphosis. Nano Content, anyone?

To achieve a better understanding of how we arrived at where the industry is today, let’s briefly take a look at the evolution of the entertainment sector.

There was a period where original programming, rarely if ever, was viewed outside of the country in which it was produced.  Beginning around 35-years ago, due to a relaxation in government rules that regulated the operations of broadcasters, programming began to be acquired by networks and channels in other countries.  Increased competition among broadcasters and the influx of cable systems and channels further spurred the growth of this burgeoning programming marketplace between European and U.S. production and distribution companies.

Riding the wave of increased programming demand, the Europe-U.S. relationship was soon driven by output deals for massive packages of series, made-for-TV-movies, specials and the like.  However, this eventually led to a decrease in quality as the program packages began to include lesser titles as demand far exceeded the supply.

In turn, over time, for these and other reasons, output deals fell out of favor.  This resulted in a significant decline in the volume of programs crossing the pond.

Fast forward to a couple of years ago when the streaming platforms came onto the scene in the U.S.  Now big streamers, broadcasters, cable channels, FAST channels and niche OTT platforms are all competing for customers.  To maintain their existing audience while aiming to grow audience share they all regularly need to refresh their content line-ups.

An increased demand for high quality content fueled by the rapid emergence of the streamers has resulted in all video platforms beginning to turn to Europe to fill this insatiable need for new, engaging programming of all genres. In turn, this has also led to a significantly greater acceptance by U.S. viewers of dubbed and subtitled programming.  Only a few years ago who could have imagined that such shows as the French language thriller Lupin, the Hebrew language drama Losing Alice or the Danish language political series Borgen would materially engage the attention of an American viewing audience?

On multiple levels these and other signs were emerging that our industry – especially with regards to the relationship between the U.S. and Europe – was experiencing a transformational moment in its history.

While HUT levels rose on a temporary, COVID-influenced basis, some viewing patterns are not going away anytime soon.  Specifically, as a result of the last year, there have been meaningful increases in family-viewing.  Unsurprisingly, audiences are thirsty for more feel good content.  They want more programming that has values and brings families together.  Programs that are not whitewashed – but offer honest portrayals showing both the good and the bad in life.

Take for example The Rising, a series we’re producing about the life and times of Jesus.  The series taps into the nuanced political turmoil that existed in the period, and viewers will see the real characters that surrounded Jesus and how their infighting, political intrigue, and gamesmanship ultimately shaped his fate.  However, The Rising’s storyline will also embrace the ways of Jesus – forgiveness, working together, love your enemy.  Subjects that mark a return to our roots and the type of topics today’s viewers seek.

The pandemic taught us that such content has become more important to these viewers than ever.  Now it is up to our industry to show that we understand this lesson by meeting this new demand and delivering programming on all platforms that connects in new ways with the audience.  If we can achieve this then we’ve done our jobs as storytellers and producers. And we need to do so very quickly.