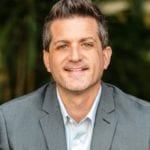 Season one of WE tv’s Mama June: From Not to Hot, documenting June Shannon’s (Here Comes Honey Boo Boo) transformation and weight loss journey, was cable’s number one new reality show in 2017. The series is still going strong, with viewership for the season four finale matching season one, but this time around, the production faced the twin crises of the COVID-19 pandemic, and the addiction and legal problems of its troubled star. Adam Reed, CEO of Thinkfactory Media, an ITV America company, explains how producers (mostly) threw out the playbook to pull the season together.

As a producer, how do you feel the show has evolved, going from its premiere, to this past season?

It certainly has evolved quite a bit over the years, both in terms of the subject matter addressed in episodes and the overall tone and format of the series. But at the core of each season, and at the core of this family, has always been a lot of heart. It was there in the early days, when episodes were mostly comedic, and it’s remained throughout these past couple seasons, which have obviously tackled more serious topics.

In fact, these most recent episodes have really been more of an “in the moment follow documentary” in feel than previous seasons. The general format and genre of the show needed to adapt to the story we were following, especially as the various challenges facing the family were evolving so rapidly. Our team had to be incredibly nimble and prepared for what was happening from day to day.

This season seems to have presented more challenges than ever – between COVID and June and the family’s personal struggles. What were the most daunting tasks across the season and how was Thinkfactory able to navigate it all? 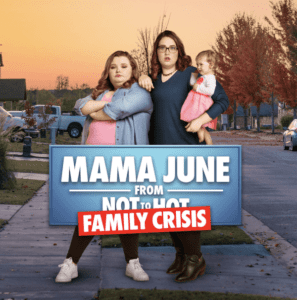 Well, first and foremost, our number one concern has always been the family and June’s health. At this point, our team really feels like an extension of their family, and every decision we made over the course of production was based around their best interests. If that meant not shooting on certain days, we didn’t shoot. Other times, it required us to mount a crew within an hour’s notice. It was a very delicate task, and we were fortunate that WE tv was so amazing throughout. They really gave us the leeway we needed at every turn to accommodate the family and capture what was really going on.

Going into any production, you always have a number of contingency plans in place. This year, they all came up. We were already deep into production, working to support the family while also documenting their story… and COVID strikes. That meant pivoting post production to a remote setup and having the cast self shoot their final interviews.

I really credit our field and post teams for their dedication throughout. The challenges were aplenty, and the amount of sacrifice it took on their end to turn around such a compelling run of episodes, while always prioritizing “family first, TV show second,” was just incredible. The stakes were high on multiple levels, and the team came through in every way.

How was production able to tell the story of June’s struggles and recovery, given her absence for most of the season?

I think most in our industry would agree that you typically only end up following about 60% of the plan you set ahead of the season. This year, we followed maybe 5-10% of the original plan. 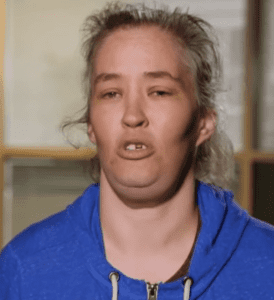 We quickly made the decision that we weren’t going to shoot with June during those tough times; and instead, we were going to do everything we could to get her help. However, as we were shooting with the rest of the family, there was constant breaking news on June – her run-in with the law, reports on her behavior and where she’s been sighted. We were with the family as they were reacting to it all, and we saw how it affected them. So while June is featured less this season, her presence is really felt across every episode, and we were able to keep the series as compelling as ever.

To what do you attribute this show’s success over the years? And why do you think this season in particular has resonated with viewers?

You know, we’ve worked on a lot of successful series over the years, and at the core of most of them has been a tremendous sense of heart. Even with everything the family’s been through these past couple seasons, you still really feel the love in each episode. Audiences relate to that and are able to see at least a piece of themselves in the cast’s journey. I mean, we all have different challenges in our lives, but we don’t necessarily share them with the world. This family reveals it all, and while their experiences probably differ from most, viewers recognize and respect the different challenges they are up against. On another level, America has watched this family grow up. Everyone’s rooting for June and wants to see her get through this.

I think viewers also appreciate the fact that, like the family, we’ve never shied away from telling their story honestly. In life, there’s always some levity amidst the darker days, and we’ve always been committed to showing both sides of that coin – even this season, as things got more intense, and they dealt with some very serious issues.

Can you share anything about what’s on deck for Thinkfactory?

We’re actually busier than ever right now. For WE, we’re rolling right from the Mama June finale into the new season of Marriage Boot Camp: Hip Hop Edition, which returned last Thursday. Boot Camp is a franchise we’re extremely proud of, and like Mama June, it continues to attract a loyal fan base season to season. We’ve produced multiple spinoffs of the series throughout its run, and the recent debut marks our 15th season.

Then, there are a number of series that I can’t name just yet (as they’re yet to be announced), but they include formats and projects coming up with networks including HISTORY and TBS, among others.

We’re broadening our scope, while also staying committed to what Thinkfactory’s been known for – inventive and splashy formats with highly relatable subjects and storytelling.

Friday July 1, 2022 A radical shift in the college sports landscape sees USC and UCLA, two of the Pac-12’s flagship programs, reportedly planning to leave the conference for the Big Ten as early as 2024, according to multiple reports, which state that the process is already underway and an announcement could come within the […]