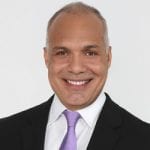 Last year, Telemundo restructured to boost content production. What changes have you made, and what results have you seen?

In December of 2020, Telemundo launched a reorganization designed to fuel growth in a rapidly expanding media market driven by Latinos’ demand for culturally relevant content across linear, digital and mobile platforms.

The new structure energizes our content creators (Global Studios, Entertainment, Sports and News) by giving them the green light to produce across all formats, while collaborating with revenue and distribution teams to capitalize on opportunities in the U.S. and overseas.

I’ve been tasked to drive the realignment as President of Entertainment and Content Strategy, along with Romina Rosado, who was promoted to EVP, Entertainment and Content Strategy. Our team is focused on making sure Telemundo content is available wherever and whenever our audience wants it, including streaming over Peacock and airing on Universo, as well as other direct-to-consumer outlets. We’re also working closely with Peter Blacker who leads our Revenue Strategy and Distribution Unit to ensure we are optimizing performance across all existing and emerging platforms.

We’ve seen big increases in content consumption thanks to this new omnichannel initiative. To provide some context, 140 million minutes of Telemundo content are currently consumed across different platforms each day. And this number just keeps rising. A major component of our omnichannel strategy is streaming. Hispanics are at the forefront of streaming adoption, over-indexing the total market with four out of five Hispanics enjoying access to services today. At Telemundo, we’ve always believed in the power and potential of streaming, providing thousands of hours of content over the past decade – most recently over Peacock Latino. Now, as we see the demand for quality Spanish-language content continue to grow, we’re filling the gap with Telemundo Streaming Studios, the first and only Hispanic content producer dedicated solely to serving Latino streaming audiences in the United States and abroad.

How are you targeting younger, US-born viewers?

We understand that young people are growing up with far more viewing options than previous generations. Technology has given rise to new forms and formats of storytelling, and provided the freedom to consume them across multiple screens. Add the fact that Latinos are the youngest demographic in the United States, it becomes all the more important to connect in ways that resonate.

We’re doing this by leveraging our expertise and leadership as the #1 producer of Spanish-language primetime scripted content in the United States; creating exciting and relevant stories for Latinos across the entire language spectrum and bringing them to homes, mobile devices, phones, computers – everywhere and every way young Hispanics connect. NBCUniversal, powered by Telemundo, reaches 9 out of 10 Latinos, more than any other media company.

This year, Telemundo has expanded our reach in the digital and social space. The Telemundo app has registered record growth and cemented our leadership on YouTube as the #1 network regardless of language with short form video for the fourth consecutive year. We also hold the highest social media engagement of any Spanish-language network with 136M global fans and 28M+ monthly average engagements across Facebook, Instagram, and Twitter, and we continue to lead Spanish-language AVOD with more than 3,000 hours of content on NBCUniversal’s Peacock.

Looking ahead at our fall programming slate, I am excited about two reality shows premiering this season: La Casa de los Famosos, (The Celebrity House; working title), an experiment that features a group of celebrities living together, and Así se Baila, (Let’s Dance; working title), a competition where celebrities and their loved ones put their relationships and dance skills to the test. We also have our first-ever period drama, Malverde: El Santo Patrón, on the slate. On top of that, Telemundo is the official home of FIFA World Cup Qatar 2022TM and the Summer Olympic Games, so I think it’s safe to say we are ready to speak to our young audience.

How young? One in four Americans under the age of 35 is Latino. On average, Latino consumers are 14 years younger than the non-Hispanic white population, which adds up to 16 more years of purchasing power. If brands do not successfully engage young Hispanics, they are not future-proofing their businesses.

A CYNOPSIS MESSAGE FROM GAMUT     Friday September 24, 2021 Your Big TV Conference Recap Cathy Applefeld Olson The 2021 Cynopsis That Big TV Conference is in the books, and our virtual audience of agency, programming, tech and brand executives took in three packed days of fresh thinking, actionable learnings and […]

A CYNOPSIS MESSAGE FROM THE HISTORY® CHANNEL   THE HISTORY® CHANNEL IS THE #1 “MUST-HAVE” TRADITIONAL TV NETWORK A18+* VIEWERS ALSO RANK US FIRST IN “QUALITY” STORIES THAT IGNITE CURIOSITY. INSPIRE QUESTIONS. SPARK IDEAS. WELCOME TO A WORLD WORTH KNOWING *Based on Beta Research Basic Network Evaluation Study   Friday September […]

Friday September 24, 2021 The WNBA regular season wrapped up with big gains for the league on ESPN networks, as matchups delivered an average of 306,000 viewers. That is good for a 49% rise over 2020 regular season numbers and is up 24% over 2019. The postseason is now underway, with the semifinals set to […]

Thursday September 23, 2021 Good morning! This is your weekly Esports Brief. TwitchCon is back, as Twitch formally unveiled plans to return to in-person (although remaining “flexible”) events for the gathering in 2022 with date for both North American and European TwitchCons revealed via Twitter. North American TwitchCon will take place in San […]