Modern day cowboys Cody Harris and Booger Brown, stars of INSP hit The Cowboy Way, will take a break from ranching and roping and head to New York City for a different kind of adventure –  presenting at the Cynopsis Best of the Best Awards on February 6 (the day after the season premiere of their reality show). To hear them tell it, it should be a wild ride! 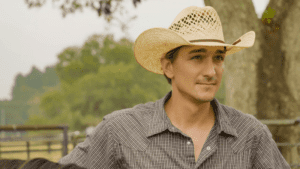 You’re coming to New York to present at the Cynopsis Awards. Do you plan to follow the script, or surprise us?

Cody and Booger: We’re Cowboys, we never follow the script. Whenever a Cowboy is in a gunfight, in the heat of battle, he shoots from the hip, so, that’s what we plan to do.  But, don’t worry about us bringing our pistols because we won’t be able to bring them on the airplane. We are looking forward to having some fun with y’all at the awards ceremony!

How did you come to be involved in The Cowboy Way? Had you ever expected to be TV stars?

Cody: Bubba [Thompson] and I were previously on a dating show, and the producers were fascinated about our way of life, so, when they were looking to make a show about cowboys, me, Bubba and our friend Booger were the perfect fit.  I still don’t see myself as a television star, but I think this is the plan The Good Lord had for me; plus, I’m a pretty good looking guy, and the cameras would have a hard time NOT looking at me. I’m kidding, of course! I’m grateful for the opportunity we have been given.

Booger: When I was younger, I always wanted to act (I did plays and skits in school), but I never dreamed that I would end up on a hit television show! I have always been a cut up, and I like to make people laugh, so, while I’m surprised that I’m on TV, those who really know me aren’t at all surprised. 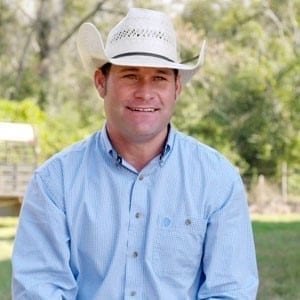 How has the show affected your life?

Cody:  It has been great. While there are long days of filming, and sometimes it gets hard, it only takes that one message you get from people who watch the show that tells you what a positive impact it has had on them, to make it all feel worth it. I had a veteran, who suffers with PTSD, tell me that watching us rope on the show made him want to try it, and he did, and he feels that it helps him with his condition. Man, that’s something! I’ll be sending him some ropes and a steer head so that he can keep up with his roping. What’s also pretty darn cool is that our show is on INSP, a network that airs a lot of the Westerns that I grew up watching, like Gunsmoke, so to see a promo about our show air during one of those episodes still gives me goosebumps!

Booger: As a 4th generation Cowboy who has been working cattle and riding horses my entire life, this is all I’ve ever known, so, to get to bring people into my world, and highlight the beef and horse industries on a national level feels amazing. I also love that this platform gives me the opportunity to talk about things that are important to me, and to speak to many young people to motivate and encourage them. Some of these kids have called me their role model, but I get more out of talking to them than they even realize.

The Cowboy Way airs on Wednesdays at 8PM on INSP. To find out where to watch in your area go to cowboywaytv.com. #CowboyWayAL.

Friday July 23, 2021 The NHL’s two new television partners revealed their opening night plans for the league’s upcoming season. When the NHL regular season begins Tuesday, Oct. 12, live coverage of Opening Night will be highlighted by a doubleheader on ESPN, starting with the Lightning raising their 2020-21 Stanley Cup banner before […]

Thursday July 22, 2021 Good morning! This is your weekly Esports Brief. Atlantic Records is plugging in to a new competition gaming initiative, teaming with Xbox to launch The Green Room, described as an “innovative music and gaming crossover event series presented in partnership with VaynerSports and eFuse. The series debuts on July […]