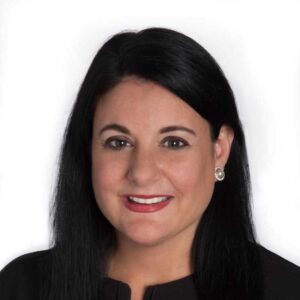 With 81 percent of Americans stating that media is critical in shaping gender roles, and the fact that only 25 percent feel that they are accurately being portrayed, the focus of our new study highlights the importance of this work on society and business.

Women power the economy through leading in spending and in influence of all household purchases, but economic equality has yet to be reached between women and men. If equality was reached, then $28 trillion could be added to the world’s economy!

The key finding from this year’s study is that steady progress has been made in accurate representation, indicating that the movement to portray women and girls more accurately is both enhancing representation and translating to more meaningful growth for marketers.

In fact, in response to a rising bar for performance, baseline GEM® index score for brands to see an incremental sales lift was increased to 106 in the new study, compared with a baseline of 100 in last year’s study. Ads with GEM® scores above the baseline were extremely powerful when viewed from an intersectional lens. The study revealed that across gender, language, race, and ethnicity, ads with high GEM® scores overall delivered 60 percent improved sales performance.

An intersectional lens also delivers sales performance. Creative that meets or exceeds the GEM® baseline saw sales lift increase by 41 percent for Hispanic women and 80 percent for Black women. Those groups index higher than any others in time spent watching TV and engaging online, so we know that cultural trends start with them. That’s where perception becomes reality and why it is so important to reflect women appropriately.

And men also agree! We had noteworthy results that quantify how much men are allies in the movement to create a bias-free marketing ecosystem. Almost three out of four men agreed that equality is “personally important.” Results show that accurate portrayal of women leads to a 120 percent sales lift among Hispanic men and a 196 percent lift among Black men.

Clearly, Americans think holistically about equality no matter their gender. It’s important for everyone across the board. As we continue to grow as a society, it is important to keep momentum on representation growing. So many consumers haven’t seen themselves for so long. As media representation of women and girls improves, consumers’ traits are better connected to brands.

The 2022 study, which links the depiction of women to offline sales by leveraging GEM® scores with IRI’s media measurement and optimization solution, IRI Lift™, was conducted in partnership with SeeHer members and IRI. The study is an extension of the original groundbreaking work of “Accurate Portrayals of Women and Girls in Media: Proven to Be Good for Business.” The original study results were conclusive: Ads with the highest GEM® scores had the highest sales lift. Our latest study is viewed from an intersectional lens.

The study reviewed 29 pieces of advertising creative for six different brands, and 197 programs in which that creative was seen. GEM® scores for this study were provided by SeeHer and generated by SeeHer syndicated research partner ABX. Click here for the white paper.