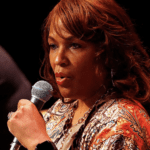 Regardless of who wins the Stanley Cup, and when and where it is awarded, the 2019-20 NHL season will forever be remembered for an awakening of the collective consciousness of the hockey community and communities across the world to issues of race, bias, and privilege.

Before the tragedy of George Floyd’s death, before the mass mobilizations across the world denouncing police brutality — many of which were held in NHL cities — a seismic shift was occurring within the League, its clubs, players and partners in the game.

This moment presents an acceleration point for hockey to root out all traces of systemic racism, reveal unconscious biases and lift our game to a new level of cultural availability.

Recent public statements from NHL Club Ownership to Presidents, General Managers, and Coaches have in effect “freed” active NHL Players to be vocal about their values. In a “team-first” sport known for a historic reluctance to engage on divisive social or political issues, this has been a significant and welcome departure. What was once a handful of lone voices (many of whom were retired black players who spoke publicly about race and hockey in measured and protective tones) is now a cacophony of voices across the demographic spectrum who are leveraging this larger social movement to “speak their truths” on the state of the game.

The common thread is clear: As a game and the people who comprise it, we can be better versions of ourselves, using our positions, privilege, and platforms to create truly inclusive environments.

The NHL has long used the phrase “Hockey is for Everyone,” not as a statement of today’s reality, but as an expression of our vulnerability and a vision for our future. While the game is not renowned for its diversity, I believe it is nonetheless poised to become the most inclusive sport in the world.

We will continue to work toward this vision, though we acknowledge it takes time. It requires us to be committed for the long haul. For change to occur, we need an unprecedented level of commitment, accountability and courage.

Fortunately for us, hockey culture prides itself on its dedication, its perseverance and its teamwork. We’ll need all of those attributes and more. We’ll need the game’s humility, its ability to deal with complex situations, its resilience in times of adversity.

There is an incredible capacity for good within the hockey culture, specifically the life skills and character benefits that may be derived from participating in the game. And yet there has always been the perception, and in some cases the reality — evidenced by history books, imagery, actions and inaction — that the game and its benefits do not extend to everyone, even if there were no overt policies and practices set to deny access.

To be a game for everyone requires those currently within the game, within hockey’s “tribe,” to be intentional about the culture and environment they create, and to be proactive in reaching out to under-indexed communities.

The NHL and its Clubs are not ignorant to the fact that the sport, as comprised today, is overwhelmingly white, from on the ice to in the boardroom. In my nearly three years at the League, as the highest-ranking black person (woman) in the business of hockey, I have no doubt that the vast majority of people in positions of power have good hearts, great intentions and a willingness to work hard at shifting the mindsets of their staff and followers. I am also certain that the vast majority of leaders throughout the sport now understand how demographic, cultural and societal shifts can enhance their organization’s long-term growth.

So how did we arrive at present day? At one point in the game’s history, business leaders suggested barriers to access were purely socioeconomic (it costs too much for “them” to rent ice or buy skates) or geographic (there are no rinks in “their” neighborhoods) without fully considering the underlying social and cultural realities, or really interrogating that data. Under those old assumptions — and a false belief that race/ethnicity and income are inextricably linked — hockey for people of color became synonymous with charity. And over generations this became a self-fulfilling prophecy, as the game — which is often passed down both generationally and tribally — became “for some” and not “for others.” The game stayed very white and very male for many years.

At its roots, the game of hockey was born and played by working-class people. Unfortunately, in recent years the professionalization and specialization of youth hockey created complicated and expensive elite systems and further separated much of youth hockey into the “haves” and the “have-nots.” While we work to identify solutions to these broad-based issues, we must also have the courage to see what is occurring in society relating to self-segregation and discrimination and its effect on hockey. These “uncomfortable conversations” will free us to build our future.

As a game and as a business we are evolving, through individual edification on topics of cultural competency, unconscious bias and inclusive practices. Through this work, a new understanding will emerge: Access is affected by the cultural availability of the game, and the undeniable effects that discriminatory language and behavior have on entire communities of people — particularly people of color, but also on the LGBTQ community, indigenous peoples and other marginalized groups.

We must start by listening to, and honoring the experiences of, all people, including those who have not felt welcome in our game. We must not be defensive when we hear about their negative experiences. We must not look to make justifications. We must appreciate the courage of minorities who show up in predominantly white and masculine environments. We must suspend judgment and strive harder for empathy.

No one should suffer in silence at any level of the game or feel as though the sport they love does not support them in those important moments when facing incidents of discrimination.

We can’t wait for the surfacing of Akim Aliu’s experiences to force dialogue, nor can we expect players like Evander Kane to beat the drum for action on their own. We certainly cannot rely solely on black alumni like Kevin Weekes, Anson Carter, Bryce Salvador, Jamal Mayers or Willie O’Ree to show up at diverse youth/minor hockey programs to connect with black and brown kids. No, we need white allies — those who carry significant power in the game (players and business leaders) — to use their privilege for good.

The sport is indebted to the players of all races, creeds and sexual orientations who have come forward with their stories and personal struggles. We can and will do better, as a League and as a game.

As a League we will create new avenues and safe spaces for individual expression for NHL Players. We welcome thoughtful, peaceful and positive demonstrations, actions and articulations that further social progress within the sport and our world.

In parallel, we will build a multifaceted plan that implements top-down and bottom-up approaches to confront racism, bias and discrimination, and build a sport with inclusion at its foundation.

We are in the process of forming diversity and inclusion councils and committees comprised of hockey executives, coaches, players and influencers at all levels of the game. These bodies will help produce solutions-based thinking for how the sport can better appeal to and serve employees, fans, players and youth hockey families from under-indexed demographic communities.

We have solidified a zero-tolerance policy for racist and discriminatory language or behavior. We are building a new Hockey Culture Hotline, operated by an independent third party, to enable individuals with relevant information to report misconduct — from abuse of influence to discrimination and beyond — so that it may be eliminated.

We will continue to encourage and support the entire hockey ecosystem (serving youth to professionals) to implement inclusive learning experiences and training for their organizations. We will continue to help provide policy and programmatic best practices to these partners.

Most importantly, we will focus downstream, on our youngest generations, with substantive programs that will have long-term, sustainable impact — building a diverse pipeline of participants, fans and employees.

This effort will involve reestablishing our relationship with youth ice hockey programs, particularly those intentionally reaching out to welcome nontraditional hockey communities. It will also include building an alliance of nonprofit programs serving historically marginalized populations. And it will include a reformed approach to League and Club offerings, such as Learn to Play, with greater attention paid to the families we are recruiting.

Participation in the game is not bound to the ice, and neither is our approach. We will greatly expand offerings in street and ball hockey across schools and after-school programs into diverse neighborhoods that have historically lacked access. In ball hockey, we will increase opportunities to play while delivering a new cultural athletic experience for a generation of children who are “majority minority.”

We believe that program concepts like these are only as good as the people we have working on them. And to that point, we recognize the value of diversity in our offices. In this realm, the entire business of hockey needs improvement — from hockey media, to equipment manufacturers and beyond. We are committed to building partnerships and platforms that change the way we recruit, hire and develop talent, from interns to seasoned executives. The NHL is breaking down the traditional mindset around employment practices; we seek impressive individuals from all walks of life to improve the way we think, create, operate. Diversity is key to our future innovation.

While we are acutely aware of the demographic shifts in North America and the impact of diversification on business, we understand that building trust and relationships with communities takes vulnerability, authenticity and time. We can build on our storied traditions while creating new shared experiences that welcome and celebrate individualism and culture.

Will we succeed? Yes, of course we will. Though progress is not linear. In the words of poet Nikki Giovanni, “Mistakes are a fact of life. It is the response to that error that counts.” After all, learning to skate really means learning to get up after you fall. Over and over again.

We will work each day to add truth to our vision that hockey is indeed for everyone.

A Cynopsis Message From HALLMARK CHANNEL Hallmark Channel’s Countdown to Christmas Begins TODAY! The Beloved Annual Event Is a Pop-Culture Phenomenon & Cable’s #1 Rated Event   We’re Bigger Than Ever With 40 All New Original Movie Premieres & a Sleighful of Holiday Cheer Across Two Channels, 24 Hours a Day, 7 Days a […]

Friday October 23, 2020 Game two of the World Series handed FOX Sports properties with 9,263,000 viewers, according to the company, as the Rays evened the series with the Dodgers. FOX alone brought in 8,950,000 viewers, with the game ranking as the most-watched telecast of the night, despite declines in viewership. Game one, meanwhile, […]

Thursday October 22, 2020 Today’s PremieresEstrella TV: Tu Night con Omar ChaparroFacebook Watch: Ask Mama ChantelHBO Max: EqualNick: Unleashed at 7pTV One: Represent the Vote: Our Voice, Our Future at 12p Today’s FinalesID: The Killer Beside Me atScience: What on Earth? at 9p IN THE NEWS Quibi is shutting down. The short-form mobile video […]

Thursday October 22, 2020 Good morning and this is your weekly Esports Brief. Global esports organization Gen.G is getting into the currency biz, announcing a partnership with Rally to create GG Strike Coin and marking the first time an esports organization has announced a digital currency. Launching next month, the new digital […]