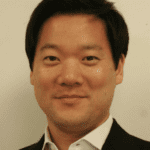 Serving the superfan is key for smaller players who want to thrive in the streaming world, says David Chu, Co-Founder & CEO of New York-headquartered DMR.

Much like the retail sector, the streaming content industry has its big-box chain stores. But instead of Walmart, Best Buy, and Macy’s ,we know them as Netflix, Prime Video, Disney+, Hulu, HBO Max and a handful of streaming war winners to be determined in the not too distant future.

The success of these large companies in both the retail and entertainment sectors has been well documented.

While the names may not be as iconic, boutique specialty retail shops on main streets and online across the country do very well by catering to the needs of a selective clientele with a specific, and often, voracious appetite.

As the heavyweights do battle for audience share, nimble smaller niche players are looking to compete with them by vying for viewers in the streaming wars by offering niche content across a range of key content verticals.

The niche streamers are looking to thrive by playing the game employing a different set of tools.  It’s a necessity for them to do so. The heavyweights have massive production, content acquisition and marketing budgets.  The niche streamers… well, they don’t.

These niche streamers  ̶  much like the independent niche cable channels that launched to satisfy the entertainment demands of hyper-focused consumers who had a particular fondness for food, home renovation or the arts  ̶  are providing tightly-defined content lineups that tap into consumer passions. These niche cable channels prospered from embracing their independence and operating under a different set of rules than the bigger networks. For niche streamers, in addition to their content decisions, their success is being guided by such key factors as curation, community, and authenticity rather than mega-budget-driven marketing campaigns. They also cannot rely on traditional marketing, which is very expensive, but utilize social media channels to expand their brand presence.

The journey to prosperity for the niche streamer begins with the right blend of content.

From our beginnings as a content distribution company, DMR understood the appeal of niche-focused programming in the US. Having distributed such content to Netflix and Hulu, we saw the potential before launching streaming channels like Midnight Pulp (horror, thriller, sci-fi) and AsianCrush (pan-Asian movies and TV 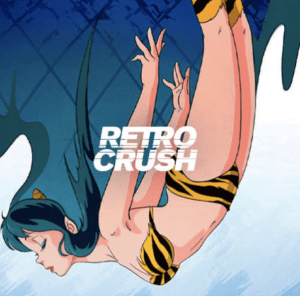 series).  Now we are seeing an interesting pivot where, previously, Asian programs such as Korean drama series were considered niche offerings, but with the success of “Squid Games,” the cat is out of the bag. Now there’s much larger mainstream demand for such content and we’re happy to see the overall marketplace increase for Korean programs as AsianCrush has already established itself as a go-to destination in this area.

In our experience, the key to super-serving our audience is with the right type and volume of content.  We target the super-fan by acquiring programs they want to watch and compete against the majors with this highly curated approach.  The big streamers do offer some Asian content but by deft curation via an engaging mix of hit titles along with lesser-known gems is how we entice viewership. Our channel programmers are very good at unearthing these gems.  They know the production companies and the talent behind and on-camera.  The result is that they program our channels not only as genre experts but as uber-fans who want to share the experience with other fans.

In addition to finding a home that satisfies their content needs, niche content consumers want to feel a part of a community.  They don’t just want to consume content but they’re also looking to be part of the conversation interactively via social media outlets like Facebook, Instagram and YouTube.  Using our social platforms we’ve built large communities that our audience gravitates towards and engage with.  In fact, DMR generates billions of video views per year across our social channels.

Another important approach to building our niche channels is to ensure they are accessible and omni-present across as many devices and platforms as possible.  Audiences consume content in a variety of ways and it’s important to be present across all of these mediums whether it’s mobile, desktop, set-top boxes, Smart TV’s, FAST and vMVPD platforms.

Niche applies to both direct-to-consumer streaming services but also niche linear channels on the dial available as a FAST (free ad-support television) channels or on virtual-MVPD platforms.  You need to be a participant in FAST as lean-back, linear scheduled viewing is as popular as ever considering the rapid growth of FAST platforms.

As FAST platforms like The Roku Channel, Samsung TV Plus, Pluto, and Xumo grow they are becoming the new Cable alternative, but in the streaming business. As such, it’s important that our channels are found in the channel lineups of all the key FAST platforms.

While the streaming giants go head-to-head in a battle many pundits believe will culminate in further consolidation to achieve even more super-sized scale, there continues to be opportunities for smaller independents companies focused on niche verticals.  However, to be successful, these independents need to bring the passion and authenticity of a superfan in order to serve their audience well.