The Astronauts, the debut series from Ron Howard and Brian Grazer’s Imagine Kids & Family, is slated to blast off on Nickelodeon Friday, November 13 at 7p. The action follows a group of kids who sneak onto a spaceship and accidentally initiate a launch sequence—with no adults onboard. Imagine co-founder Ron Howard spoke with Cynopsis about the live-action show’s aesthetic—think Apollo 13, not SpongeBob—what it’s been like creating during Covid, and other projects percolating at Imagine.

Cynopsis: The Astronauts doesn’t look like anything I’ve seen in children’s television. 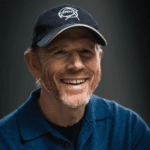 Ron Howard: It really exceeded my wildest hopes for what it could be. The whole notion of these kids going on this particular kind of adventure… it captured everyone’s imagination who was involved in the show. I think they wanted it to compare to these real big-screen adventures, and they made it happen.

This seems to be another project that spiraled from your fascination with space. What was the genesis of project? It definitely isn’t just a show for kids.

It isn’t, by design. It was really a collaboration between Nickelodeon and Imagine. This is our first project for Imagine Kids & Family and I have to say, it was one of those ideas that immediately made sense and you wonder why it hasn’t been done already. At this point there’s been enough done about space adventure that you could flip the script, and that was part of the fun of it. You’ve seen these scenes in other films in a different way, but you’ve never seen it this way. And it’s just infectious and fun. It deals with the thematics of not underestimating kids and their own ability to learn to cooperate. It’s not always a pretty picture, but they get it done. It’s a wishful for kids, but I also hope empowering.

Definitely empowering. There’s a line in the second episode where the commander says, “They’re not kids, 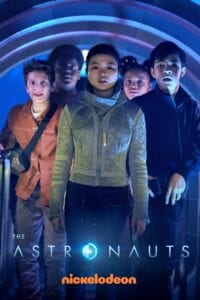 they’re astronauts.” And their parents have to trust them.

As a parent and now a grandparent, that’s a hard one. Grownups are going to want to watch this show. In our household, we’ve all gathered around. There is a message: Don’t underestimate those kids. This is really them throwing themselves in the deep end.

Family viewing seems to be top of mind here. What made Nickelodeon the right outlet for the show?

I have to give Nickelodeon credit, because they brought us the notion. They were saying to us, “We’ve always wondered if this could work.” That’s all they had, that sentence, but they said, “Ron you’ve done a lot in this world of space, you and Brian and Imagine.” And we started brainstorming, and [creator/exec producer] Daniel Knauf came in. He’s a very sophisticated writer and producer and he threw himself into this as a full-on, real-world adventure story. A realistic sci-fi. And I think that’s been the key. From the beginning our ambition has always been not to make a kids show, and therefore cut corners and believe it will all be good enough. That wasn’t in our production manual. It was, We’re competing with From the Earth to the Moon or Mars or Apollo 13 or The Martian. We do want it to be that kind of experience that sure, speaks to kids first and foremost, but really is watchable, and takes them as a sophisticated audience.

Is that the aesthetic we can expect from Imagine Kids going forward? Can you share anything about other projects you’re working on?

There are many projects we are working on, and they all take on the voice of our collaborators, the subjects. We have animated projects, we have projects with animals involved, and some are very whimsical and very fantastical and some are very much grounded in reality. All we care about is excellence. That’s what Brian and I have always tried to achieve, whether it was the Grinch or Parenthood or Liar, Liar or Apollo 13 or 8 Mile or A Beautiful Mind. It’s about, How do we best serve that story an the audience its most intended for?

You’ve got your hands in so many other projects right now. What has it been like creating during lockdown?

Of course it’s been an adjustment, and psychologically its’ been challenging at times. But we’ve had a huge advantage in that so many projects have been ongoing. Astronauts was actually our first physical production that restarted, and of course here we have a show with a lot of kids and we felt an unbelievable burden of responsibility to do this safely. We may have gone a little further than the guidelines that most productions are using, given the age of our cast, but the cooperation was there. We didn’t have a single misstep and we made it through, breathed a huge sigh of relief and helped set some examples for other shows. Now Imagine has other projects back underway.

For me personally, it has given me some creative focus because I don’t have the option of jumping on an airplane and going around. My days are… it’s almost like I’m in school. I have a certain amount of time to devote to projects, but it’s extremely dedicated time and I’ve been able to find that this remote communication is working. It’s not what I would choose, but it’s effective. Whether it’s Hillbilly Elegy, which I have that comes out on Netflix at the end of November, or finishing up Astronauts or some of our documentary projects or finishing up scripts or preproduction… we’ve been able to do all of it.

I was just reading about Imagine Impact and the new app you launched to help cultivate industry talent. Can you talk a little bit about that?

It began with my partner at Imagine, Brian Grazer. He observed these start-up accelerator programs, one in particular called Y Combinator in Silicon Valley. We’d always talked about ways, and experimented with ways, to give writers more power and develop more projects faster and more efficiently, but at the end of the day trying to empower writers and their creativity. And he saw in this, that the entrepreneurs were a lot like screenwriters. Every project is a startup. And we began to use some of their theories and put together our own version of an eight-week boot camp. We were able to get financing to do it and now we’ve taken on partners and now there is an app which is allowing us to not only begin to communicate with writers but the entire entertainment community and let people feed in their availabilities. Eventually over the next year or so we plan to roll it out and make it kind of a LinkedIn for entertainment people. On the creative side and also below the line on the technical side. We really think it’s a way to bring filmmaking teams and television-making teams together faster with more transparency, cutting out the middleman.

Sounds like a way to bring democratization to the business.

That’s the plan. And we’re seeing the evidence of that already. I’m thrilled to be a part of it.

DIRECTOR, PROGRAM STRATEGY JUKIN MEDIA LOS ANGELES, CA Oversees programming and on-air promo strategy and scheduling. Rapidly growing team that is at the center of the fastest growing area of the Streaming TV market. 8+ years in television or digital programming strategy required, in addition to a deep understanding and passion of television, streaming […]

Thursday June 10, 2021 Good morning! This is your weekly Esports Brief. Envy Gaming scored with a double, locking in big new partnerships with both ecommerce retailer ProFlowers and Fortune 500 company USAA. Each deal will see the brands activate across Envy’s network of professional esports teams and content creators, as well as […]