Those looking to innovate in the connected advertising space (and who isn’t?) would be wise to tune into what’s happening at Hulu, which in recent months has rolled out new pause ad and binge ad formats. Cynopsis caught up with Jeremy Helfand, VP/head of ad platforms, for a deep dive on Hulu’s consumer-first ethos and the tech that’s driving these innovations. 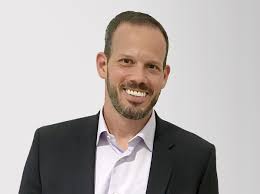 What are the goals of the new ad formats?

JH: We’ve seen the fundamental change in how content is consumed by viewers of television. Television advertising has not kept up with that change, and so we believe strongly there is a better ad model that exists that takes into consideration the change in how consumption has evolved. We call that viewer-first advertising. The belief that advertising should be consistent, it should be relevant and it should be integrated. Part of that approach is looking at the different types of formats that speak to the viewer in a less disruptive way than the way traditional advertising has occurred in TV. We’re focused on how do we minimize the disruption while the viewer is enjoying their viewing experience and at the same time find more effective ways to connect advertisers and brands with the viewers they seek.

Were there specific metrics or consumer pain points that led you to make these changes?

JH: We fundamentally believe in giving viewers choice and control. They have the option of taking an ad-supported service or an ad-free service. If they’re going to have an ad-supported service it’s important to them that the experience is just as good as an ad-free service and that the advertising is relevant to them. From an advertiser perspective, what they’ve been asking for from Hulu is, Show us innovation. Show us ways in which we can connect with audiences in this environment where there’s increased fragmentation, increased competition for attention. And so the approach we take with advertising has to stand out, has to be more innovative.

Let’s talk about the pause ads, which Hulu beta’d with Charmin and Coca-Cola, and is now in general availability across the service.

JH: The pause ad is one really good example of where we were able to demonstrate we can deliver a better experience for the viewer and deliver a higher return on investment for the advertiser. What happens is when a viewer pauses on the content, so it’s a natural break in story-telling, if they’re not going to pause in order to go forward or backward but really they’re taking a break, an advertisement shows up in a translucent on top of the content and persists on the screen until they return and press play again. We launched the beta with Charmin and Coca-Cola, and the results from the beta were really strong. We showed a 68 percent increase in ad lift and brand lift with the pause ad, which is about 5X the benchmark.

Are there other early learnings from the pause ad launch?

JH: We received feedback from our viewers that they associated the innovation of the pause ad with the innovation of the advertisement, so they said the brand was doing innovative, new things and that was something that was really a great byproduct of an advertiser participating. We did a lot of user testing as part of the launch of the pause ad—understanding a static image with a great visual vs. a video was a much more effective way to communicate a brand message, and making sure the content stayed behind the ad so it appeared the content was still there so the advertiser wasn’t taking you away from the content. There were all these little nuances that went into the development of the format that really satisfied the needs of the viewer and didn’t disrupt them.

Which tech has come across the transom that’s enabling these new ad formats to succeed?

We’re entering a phase of creativity where it’s the combination of great messaging with the use of data science and machine learning and taking advantage of lots of different form factors that now exist in the living room. It’s about, How can we use data science and machine learning to anticipate the behaviors of consumers, and then think carefully about what’s happening at the moment that advertising and content consumption is occurring. If you’re sitting in the living room—and that’s where 80 percent of Hulu viewing happens, on a large screen—almost always the person also has their mobile device in their hand, or some sort of voce-activated device in the living room. So how do you use those things together to enable these new experiences? That’s the power of technology and how it’s influencing the transformation of advertising.

JH: We’re using data science to anticipate who are binge users—someone who will sit down and watch three or more episodes at a time—based on user behavior, the type of content it is, the time of day, the environment they are in. We are still learning what are the variables that determine a binge session. The reason that’s important is that if you can anticipate who’s going to binge, then from the very first episode you can start to message the consumer that a brand is going to be part of the experience with you, and then when you get to the third episode you’re either going to have a commercial-free episode brought to you by that brand or the brand is going to have some sort of reward for you having entered the binge mode.

What are plans for the next phase?

JH: The exclusive launch agency is Publicis Media, and the three brands they are using as part of the initial launch are Cheez-It Snap’d, a new snack product that’s great for binging, Maker’s Mark, and Sparkle paper towels. We will continue to be working with more of their brands in the second launch phase in February, and then we’ll open it up as we did with the pause ads across entire advertiser base most likely in second half of 2020.

What other kinds of ad formats are on Hulu’s radar?

JH: There are three swim lanes we are working on. One is experiences. We’re also focused on automaton of advertising; we believe increasingly the amount of streaming television advertising will be transacted through automation. And then the third swim lane is around data and measurement. Things like attribution and optimization. With experiences, we talked about binge and pause, those are what we call situational formats. Fifty percent of ad-supported content hours consumed on Hulu are watched in a binge scenario, so it’s a significant portion of our audience, and transactional is another one of those themes. Streaming television has to be a full-funnel media when it comes to advertising. We’re hearing a lot about direct to consumer advertising, and where direct to consumer historically has used channels like social they’re now looking to use things like streaming TV to achieve those same objectives. All advertisers are looking for these results. Transactional is one area where we’re spending a lot of time as well. It’s not just about creative messaging, but also using technology to minimize disruption of the experience the consumer is having with the storytelling. You can expect to see more from us on this in the second half of 2020.