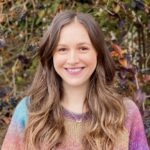 Production company Portal A, known for its success in branded content and digital spaces, as well as a knack for working with talent that will resonate with younger viewers, is breaking into longform original content. Portal A Head of Talent Brittani Kagan shares insights on how to find, and work with, social creators to develop longform series.
Today, there’s an ever-growing pool of creators with massive social followings. How do you identify which talent will have the potential to break through in a longform series?
Social media has given us the largest and most diverse talent pool in the history of entertainment. It also offers a treasure trove of information on audience interest – in terms of the personalities audiences are connecting with, but also the interest areas and subject matters they crave.
While a large following reflects a talent’s ability to engage and grow an audience, in order to sustain interest in a longform series, talent needs to have the type of point of view and storytelling ability to carry a longer narrative. At Portal A, we talk about the difference between an “influencer” and a “creator.” An influencer is someone with a massive audience. But a “creator” is a talent that gains a following because of their unique perspective and creative abilities. When we’re packaging shows for the new generation, we are looking for creators.
The key is the desire to create something new. If a talent is reluctant to get outside their comfort zone or really dig into what will make a successful longform series special, they’re probably not ready to make the jump.
When it comes to developing projects with creators, does the talent generally need to come first, or do you also find opportunities to organically attach them to existing IP?
There are always exceptions, but for most successful series in this space, the talent comes first. It’s so important that the creative is developed alongside them and that their personality and vision are part of the show’s DNA.
In some ways, it’s similar to adapting a book – if you make too big a departure, you risk losing the core fan base. Typically, when we approach talent, we come with an idea that’s inspired by their work and tailored to their particular brand and presence online. Then, assuming they spark to that original concept, we continue to build out the format and vibe of the show with them.
What does Portal A see as the most effective strategies for converting a creator’s audience onto streaming or other mediums?
We start with uncovering who exactly the creator’s audience is and understanding what attracts them to this individual. The latter is typically beneath the surface, so we take a deep dive into their content to determine what will become the creative spark for the show we’re developing.
It comes down to tapping into a specific interest or passion that’s evident in the creator’s content – but perhaps isn’t what they’re most known for on their 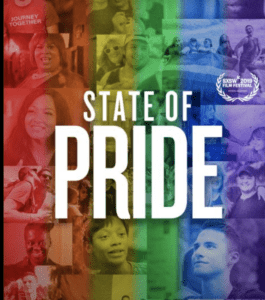 channel. For example, when we worked with Raymond Braun to produce our documentary State of Pride, he was known for his LGBTQ+ advocacy work, but he had this passion for small town Prides – and that’s what we leaned into for the film.
In development, we’re constantly checking in to ensure our choices, from format specifics to casting, represent the individual’s point of view. It’s something we’re vigilant about all the way through to the marketing of the series – creating promotional content and assets, and determining how and where to distribute.
All of this said, for us to move forward with a certain creator, we need to believe from the outset that they would be a great talent for a longform series regardless of their online following. Yes, of course we want to convert their existing fans, but the main goal is to elevate what makes them special and appeal to a broader audience.
Do you find that the buyer pool is more limited when it comes to projects with talent from the social landscape?
It definitely used to be, but we’re now seeing more and more buyers – across streaming, cable and broadcast – embrace the potential of this new wave of stars. This is especially true for the streamers, as most are interested in a wide variety of content that speaks to niche audiences and communities. And while some buyers have jumped more quickly into this space than others – YouTube and Snap Originals being the pioneers of this trend – at this point, they all understand it’s a phenomenon that’s crucial to the future of entertainment.
Another way to think about it is that the word “talent” has expanded. Mainstream celebrities have become internet personalities and multi-hyphenates, just like creators. The blurring of those lines and the relaxing of those boundaries is only going to expand the opportunity for creators to move into mainstream entertainment.
How do you bring talent into the creative process when you’re adapting their channel or social presence into a show?
We each bring different experiences and expertise to the project. Of course, the talent is the expert on their audience and what works for them, while Portal A brings its expertise on the entertainment marketplace and how to create a successful and sustainable longform series. In our initial meetings and brainstorms, we always work through various ideas and concepts that will eventually inform the creative of the show. It’s a fluid investigation where we’re getting to the core of a creator’s vision.
Together, we have to determine what audiences will get out of the new series that they aren’t already getting from the creator’s channel or social feed. We’re not interested in simply recreating their current work on a new platform, and frankly, that generally doesn’t lead to success. It’s about opening up their world and using the credibility they’ve earned through their content to justify and inform a bigger creative endeavor.
Portal A is an award-winning content company that creates original series, feature films, podcasts and digital entertainment in partnership with today’s most influential talent. Portal A originals include Snapchat’s scripted series Action Royale and the platform’s The Best Snaps Show; YouTube Originals’ Ultimate Home Championship (over 4M views) and SXSW feature film premiere State of Pride (GLAAD Award-winner for “Best Documentary”); and iHeart Media podcast Charges with Rex Chapman, as well as myriad projects in development for streamers, cable networks and other social and digital platforms.
Related Topics:

A CYNOPSIS MESSAGE FROM GAMUT Cynopsis Special Report: GAMUT TAKES LOCAL ADVERTISING TO THE NEXT LEVEL With Uber-Local Messaging More Important than Ever, Gamut Gets Personal They say what’s old is new again. For the advertising industry, whose roots are in targeting audiences by postal code via direct mail, that adage rings true today. Streaming […]