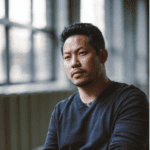 The first five episodes of the second season of “American Gangster: Trap Queens,” chronicling some of America’s most notorious female gangsters, just dropped on BET+. EP and showrunner Jackson Nguyen, from A. Smith & Co. Productions, offers insights on true crime stories where not everything is black and white.
How is this true crime series different than others?
The women featured in “American Gangster: Trap Queens” are notorious criminals with larger-than-life personalities and eccentric stories, and audiences will be entertained while also learning about the realities of the world in which these women and others live. Oftentimes laughter and levity is a coping mechanism to alleviate pain and it helps us relate to other people’s experiences.
What are your goals when it comes to on-camera diversity, and have they changed over the last year?
Being a minority myself, diversity in front of and behind the camera is of the utmost importance. I started out my career in sports TV, which also tends to include 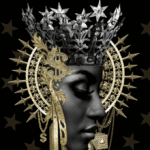 a lot of minorities, so it’s always been at the forefront of who I am as a producer. It’s essential that we highlight the challenges that people in Black communities face every day, even if it’s on the other side of the law like in “American Gangster: Trap Queens.”
How do you balance addressing social issues with compelling storytelling?
While A. Smith & Co. is very much in the entertainment business, we create shows that are purposeful. We want to show the audience something they haven’t seen before, teach them something new. Ultimately, social issues are interwoven in the stories themselves. So while we are telling sensational, almost unbelievable accounts in “American Gangster: Trap Queens,” we’re also shedding light on systemic gender and racial disparities that exist, and I think what we’ve learned in these stories is that not everything is so black and white.
Related Topics:

Monday March 8, 2021 The Arizona House of Representatives passed a bill that gives developers the right to use third-party systems to circumvent the fee that Apple and Google charge for app sales, in-app purchased and subscriptions. Next step for the bill is passage by the state Senate. Apple released the third iOS […]

A CYNOPSIS MESSAGE FROM KATZ LIVE KATZ LIVE KATZ THE FIRST EVER LIVE STREAMING MARKETPLACE With Exclusive Digital Feeds of Music, Sports, E-Sports and Entertainment   AVAILABLE TO TARGET YOUR AUDIENCE When and Where They Consume Media, LIVE!   To get started, visit us at KATZ LIVE   Monday March 8, […]

Monday March 8, 2021 After closing 2020 with a big new three-year deal with ESPN, the American Kennel Club is shoring up its content and partnership plans through the deal, including bringing the AKC National Championship Presented by Royal Canin, to ABC starting this past January. Overall, the slate includes: AKC Fastest Dogs […]