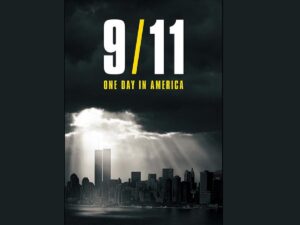 Nat Geo sifted through 951 hours of archival footage for four-night limited docuseries “9/11: One Day in America.” Produced in official partnership with the 9/11 Memorial & Museum, the series is told only in first-person narrative that chronicles, at times minute-by-minute, events from the perspectives of first responders and survivors who were there. Carolyn Payne, a Nat Geo Executive Producer on “9/11: One Day in America,” explains what makes this remembrance show unique. (The series launched August 29, and will re-air on Nat Geo September 10 and 11.)
What content did Nat Geo’s production have access to that others did not? How did you get access to it?
9/11: One Day In America was in production for three years.  During that time the production team spoke to scores of people involved in 9/11, and a few knew people who had shot material on that day and never looked at it again or ever had it used in a film before, so we tracked them down.
For example, we found footage from a man called Peter Wheelwright who lived next to the towers. We found his name in a New York Times article that he was interviewed for just after 9/11. There is a mention of video footage in the article. We looked for the footage to license it but couldn’t find it mentioned in any archive. We finally managed to track him down and speak to him and he said he still had the footage but had never released it. He liked our approach and agreed to release it to us. None of it has been seen before (we used about a minute in ep1). He and his family lived in an apartment on Liberty Street right next to the WTC and the footage includes shots of the WTC towers on fire and people fleeing the area.
There’s also unique footage from a man called Bill Angelucci. His name was in a book about women journalists at Ground Zero. The authors had included a bit about Rehema Ellis, an NBC reporter who Bill hooked up with on the day. It was in that context that his name was mentioned. We spoke with him about finding his original rushes so that we could see everything he filmed on the day. He agreed and he eventually found the original tapes in his parent’s garage. NBC has some of it but because we were given access to the original tapes, we were able to show more than has previously been seen. He snuck onto The Pile and filmed the Will Jimeno rescue taking place.
This is just some of that material that ended up in the final series.
What will viewers learn from 9/11: One Day in America?
What is different and special about this 9/11 series is the extraordinary depth we go into. We go through the day minute by minute and give the survivors the time to tell their incredible stories over six episodes. Unlike other documentaries, this series is told completely from their perspective. The effect of having no narrator means that you feel totally immersed and feel like you’re in the moment.  It’s a compelling watch.
What makes this a Nat Geo project?
National Geographic has always been the home of in-depth, authentic and powerful storytelling with unheard of access to historic events, as this series embodies.
Related Topics: