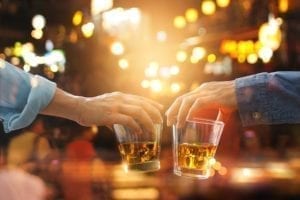 –        Spirits for Beginners – Spirits Network Chief Curator and Host Flavien Desoblin provides viewers deep dives into how to enhance the taste and overall drinking experience of premium spirits. In the month’s first episode, he teaches viewers the proper technique when nosing flavors to enhance the spirit’s taste and the overall drinking experience. The episode will air on March 2, 2020. In the second episode, on March 30, Desoblin takes viewers on a journey of the palate, teaching viewers everything they need to know about spirits and food pairings.

–       Peggy Noes Best – For International Women’s Day, Spirits Network is airing a new episode of its original home entertaining series with one of the first ladies of bourbon, Peggy Noe Stevens. This month, she’s teaching viewers the how to taste bourbon – and how to host a bourbon tasting.  The episode will premiere on March 9, 2020.

–        Frontier Filmmakers – Whiskey legend Fred Minnick is on a quest for a very important life skill: pairing great drinks with great movies.  This month’s episode features Minnick sitting down with film producer Nate Adams for a conversation and a glass of premium spirit prior to screening his comedy feature film, Road Hard. The movie, starring Adam Carolla, is about the journey of a man who was once successful in the entertainment industry trying to revitalize his career. It will premiere on March 23, 2020.