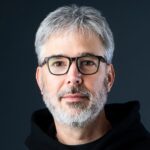 Discovery+ series “Jailhouse Redemption” follows a group of heroin addicts in prison, and their path to recovery. Matthew Ostrom, co-founder and executive producer at Magilla Entertainment, says the story is not what you’d expect.
How did you come across this story?
A longtime partner and collaborator Beth Wichterich – who I originally worked with to launch “Swamp People” – brought us this story about a Virginia sheriff who had become an unexpected hero within the rehabilitation world. We were completely blown away by what Sheriff Karl Leonard was doing in Chesterfield with his Heroin Addiction Recovery Program (HARP) and began developing the series with Beth.
Our initial focus was on the law enforcement that had implemented the program, but it was during the development process that we really honed in on the individual stories of the inmates going through HARP.
What were the challenges filming in a prison?
When it comes to filming in a corrections facility, everyone expects “access” to be the biggest challenge, but that 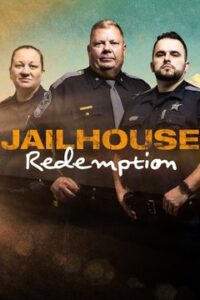 really wasn’t an issue for us. This is Sheriff Leonard’s jail and his program, and he gave us complete and total access to capture what we needed at the facility. Our biggest issue was time. Everything is incredibly deliberate in a jail and time moves very slowly – one hour feels like two; one shoot day can seem like three. There would be situations where we’d hear about something happening at one area of the facility, and it would still take our crew a substantial amount of time to get there – due to different protocols and security check points. So moving around the facility in a timely manner was definitely one of our biggest challenges.
There were also instances in which inmates we had been filming with were transferred to another facility midway through production. Of course, this is something that’s unavoidable and happens at all jails, but it’s especially tough for the inmates who are working on their sobriety and still going through Sheriff Leonard’s rehab program.
What aspects of addiction do you portray that might come as a surprise to the audience?
The thing we were most struck by while capturing the HARP program was the level of humanity and the incredibly strong relationships between the officers and inmates. As outsiders to the world of corrections, we traditionally think of these extreme boundaries between officers and prisoners and an environment that’s meant to almost dehumanize the people behind bars. That’s not what we found at this facility.
The officers had genuine relationships with the inmates – they’d show affection, hug them, support them when they’d leave the program. It was an extremely empathetic environment, which is crucial to rehabilitation. As a result, “Jailhouse Redemption” isn’t a show that chronicles any kind of “us vs. them” – the docuseries shows how law enforcement is affected by the inmates’ struggles and how they support each other.
Sheriff Leonard deserves a lot of credit for what he’s building. He saw that 80-90% of the inmates at his jail were there as a result of addiction. He built the HARP program from scratch, through trial and error and consulting a variety of experts. He saw a problem and is doing everything he can to fix it.
Related Topics: