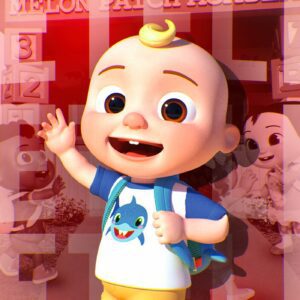 Recent data from Samsung also shows that AVOD and SVOD are reaching parity, with 72% of viewers watching both SVOD and AVOD, and, more importantly, spending an equal amount of time watching both.

As more ad-supported services have emerged, and with Disney+ and Netflix launching models in the coming months, quality ad-based inventory is rising. Historically, this was the biggest challenge for advertisers.

As this occurs, however, the biggest roadblock facing CTV in the battle to gain more ad dollars is the lack of transparency as to where ads are running when placed programmatically via open auction programmatic (e.g., open exchanges and open auctions.).

A study by DoubleVerify, for example, found that app information is frequently not passed on to sellers and, when shared, it’s done so in the form of Bundle IDs – which lack standardization. “There is no clear or verified data specific to the environments and programs where CTV campaigns run,” said CEO Mark Zagorski.

As an analyst, I recently spoke to dozens of execs at ad agencies, media buying agencies, ad tech companies, brands, CTV apps, studios and streaming device manufacturers to hear more about these transparency woes. A top brand marketing executive had this to say about the issue:

There is an astounding lack of transparency from many of the bigger CTV players. They do not want to tell you which shows your ads ran against and seem annoyed that you’d even ask. What it boils down to, I’ve learned, is that they are afraid that we are all going to start “cherry picking”–demanding that our ads only run against certain shows and not against others. And what they’re really afraid of is that this is going to result in a big pool of unsold inventory which will drive all their CPMs downwards. —Brand marketing executive

The lack of transparency in CTV came up again and again in my conversations. From agency to brand-side, the issue was that when advertisers placed a buy with one of the bigger AVOD services or FASTs via a DSP, they were able to get (privacy compliant) information about who saw the ad, when and on what device. They were not, however, able to get information about where the ad ran.

Context is very important. Brands want to know they are not running against programming that is brand unsafe or even just inappropriate.The whole cherry picking thing is sort of silly though because there is a limited amount of CTV inventory and they will not have trouble selling it. It’s not the internet.—Ad agency executive

This is a critical missing context.

While CTV is much better at helping brands ensure that their ads are reaching their target audience, the programmatic nature of the buys, along with the aforementioned fear of cherry-picking means that brands only get confirmation that X number of impressions were served on a platform during a specified period. And while most quality, ad-supported CTV content is brand safe, not all of it is brand appropriate—if you are a car manufacturer, you do not want your ad running immediately after a car wreck scene.

Some of the big aggregators, they have everything from high quality network TV shows that are just a few years old to very low budget niche programming. Their attitude is that so long as you reach your target, why do you care? But that’s a very digital way of thinking. TV advertisers want to know where their ads are running and they don’t understand why certain apps hold back that information. They love programmatic for its ability to give them reach extension but the lack of transparency is a growing issue. –Senior ad tech executive

This is one reason why direct sales, where brands and agencies are buying directly from the programmer, is becoming more desirable, especially for brands looking to do contextual buys against a specific demo. Buying directly from the programmer allows buyers to know exactly what shows their ads will run against and where in the show the ad will run. That puts multiple brand safety concerns to rest while allowing consumers to view relevant ads.

While there has been much focus on ad-free (SVOD) children’s TV offerings from Disney, Netflix and Amazon, there is now a broad range of series aimed at kids and parents on ad-supported CTV.

It makes sense that there would be a market for children’s programming on CTV, as Millennials, who are the parents of young children, are more likely to cut the cord than older parents, which means they no longer have access to all of the Kids and Family programming on cable TV.

People look at the linear channels on the FASTs as being a lot like cable. It’s easily accessible and there’s always something on. That is why children’s programming is such a natural fit —Ad tech executive

In terms of advertising, children’s programming on CTV also has multiple advantages, the biggest of which is greater transparency around context. This is key because, as we’ve seen, the lack of such transparency may serve to hold back spending on CTV advertising.

Because children’s television is subject to COPPA (Children’s Online Privacy Protection Act) regulations, it is not sold via open auction programmatic, but rather directly from the programmer or via PG (programmatic guaranteed) or PMPs (private marketplaces).

This is unusual in CTV, where, as noted, direct sales rarely happen outside of big players like Hulu. It also means that brands will know exactly where their ads ran—what shows, what times, even what position in the ad pods.

Thanks to COPPA, we need to see the ads before we run them. That means we have the ability to work with the brand and their agency to find the shows that work best against that particular creative —Ad executive, streaming service

Most of the executives I’ve spoken with have agreed that children’s programming would be an important category on CTV, especially for advertisers looking to reach parents of young children. The thinking was that as young parents cut the cord on linear TV and the audiences for linear channels such as Nickelodeon shrinks, advertisers will need to take those multi-billion dollar budgets somewhere.

Ad-supported kids and family programming on CTV should prove to be a gold mine, especially because many of the parents leaving linear are signing up for ad-free streaming. Big brands have fewer and fewer places to reach those families on television and CTV will help — Ad tech executive.

The CPMs for children’s CTV are unnaturally low. Much of this, in my opinion, is because it’s a lot of work—thanks to COPPA iit needs to be bought directly from the programmer, or via PG or a PMP. So you can’t buy it via open auction programmatic, and that is going to put off some people –Senior ad agency buyer

The consensus among the executives we spoke to was that because agencies usually have their programmatic teams doing the buying for CTV, and because those teams are not familiar with how the direct sales process works, especially on TV, they are avoiding direct buys or passing them off to their TV teams. The TV teams, which handle those direct buys, are focused on big AVOD apps like Hulu and Peacock and thus the children’s apps are flying under their radar.

You have all these brands that want to talk to families with children, and they’re finding less and less of that demo is still watching linear TV. So then they look at CTV, only many of the CTV platforms that demo watches are ad-free. So ad-supported CTV channels are going to be the only places you can reach them and there are going to be a lot of brands competing over that inventory. —Senior executive, media buying agency

One final note: while toy brands and other kid-specific advertisers have discovered children’s CTV programming, many mass-market brands have not and seem to be missing out on an ideal way to reach families.

So many purchases are group decisions—it’s not just one person in the family making the call. So you want to look at the entire household and factor that into your ad placement decision. And while kids don’t have the final say, they often have a big say.—Ad sales executive, FAST

Brands need to move quickly. As more families cut the cable cord and sign up for ad-free streaming services, reaching these families will become increasingly difficult. This will increase the value of these programs and platforms on ad-supported CTV. This is great news for players like Disney+ and Paramount+, but also important for entrenched players like HappyKids.

Alan Wolk veteran media analyst, former agency executive, and author of “Over The Top. How The Internet Is (Slowly But Surely) Changing The Television Industry” is Co-Founder and Lead Analyst at TVREV where he helps networks, platforms, agencies, brands and ad tech companies navigate the rapidly shifting media landscape. A widely published columnist, speaker and industry thinker who is a regular on Cheddar TV, Wolk has built a following of over 300K industry professionals on LinkedIn by speaking plainly and intelligently about TV and the media business.