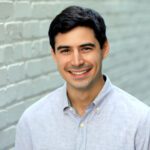 Despite the challenges of producing documentary films, financier/producer Alex Lieberman launched new label Bright West Entertainment earlier this year. The result?  Four films  have debuted at major festivals in 2022, with more projects on the way. Cynopsis had a few questions for Lieberman, including – why now?

What made you launch Bright West at this moment in time? Why did now feel like the right time to (literally) invest in the documentary space?

Coming up in the unscripted development world, I had the experience of working on projects in early stages and seeing their potential. I quickly noticed that, for independent documentary films in particular, there is often a long and difficult road from concept to screen – and there were so many worthy projects being passed over because of challenging timelines. By launching Bright West, I’m now able to offer filmmakers the support needed to get their projects to the finish line – whether that means fully financing, co-financing or providing finishing funds.

Looking at the doc space now, consumer appetite for non-fiction is only increasing, and there are so many different platforms for great stories to find an audience. On the flip side of that, we’re at a time in which “the algorithm” is king, and that can limit what buyers are able to get behind. With Bright West, I’m working to get back in touch with a “creator-first” approach, giving filmmakers the power and ability to see their vision through.

What are your goals for the documentaries that you get involved with? Are you mostly hoping for streaming

The primary goal for any project I’m involved with is maximum exposure. For many films, that could mean a straight streaming acquisition is best, while others might warrant incorporating a theatrical run or even prioritizing international sales.

For me, there is still a place for documentaries on the big screen. Our Sundance premiere this year, Sirens, is opening in theaters at the end of September; it’s about the first, and only, all-female metal band in the Middle East, and it’s definitely one to be seen with a crowd. I also attended the premiere of our film Rudy! A Documusical (about the man once-dubbed “America’s mayor”) at Tribeca this year, and that was an experience I wouldn’t trade for anything.

What are your main considerations when determining which projects and filmmakers/producers to support?

Obviously, it starts with a great story, but what really puts a project over the edge for me is that special “X factor” that the filmmaker and production team brings to it. With our new film Subject, for example, the filmmakers Jennifer Tiexiera and Camilla Hall have held every role possible within a documentary production, all the way up to director. It was their myriad perspectives and expertise that made them the best-suited directors for a film about the doc industry itself, and creating a welcoming space for former documentary participants to speak truthfully about their on-screen experiences. When it came to our other Tribeca premiere, On the Line: The Richard Williams Story, tennis was our director Stuart McClave’s self-proclaimed first love, so his unique passion and knowledge for the sport, and for the Williams’ story, made it a no-brainer.

At the end of the day, I’m confident in my ability to bet on great storytellers, and every new project brings more insight. If you have a compelling story centered around extraordinary people, it’s going to find a quality home, and I’m honored to serve as a supporter along the way.

Bright West Entertainment is a film finance and production company launched in 2021 by producer Alex Lieberman. Focusing primarily on documentary content that brings unique voices and dynamic stories to the forefront, Bright West has already built an eclectic slate of more than a dozen projects that it is either co-financing or fully financing. Lieberman and Bright West’s recent projects include the lauded feature Sirens, which debuted in the World Documentary competition at the 2022 Sundance Film Festival, as well as three 2022 Tribeca Film Festival premieres – Subject, Rudy! A Documusical and On the Line: The Richard Williams Story. Other upcoming Bright West projects include films and series with Ross Dinerstein’s Campfire Studios, Film45 and Soledad O’Brien Productions, among others.