A new iteration of Brain Games is airing Mondays on Nat Geo, with host Keegan-Michael Key testing the brain power of celebrities like Dax Shepard and Kristen Bell, Tiffany Haddish, Jack Black, Ted Danson and Rebel Wilson and more. Geoff Daniels, EVP, Global Unscripted Entertainment at Nat Geo, explains why the new version is the most mind-blowing yet. 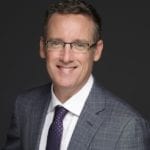 How is the reboot different than the original?

We combined the best elements of previous Brain Games formats — the surprising science behind the human brain and the interactive games that audiences can play at home — with jaw-dropping new experiments and exciting new games. To top it all off, some of the biggest names in Hollywood stop by the studio to join in on the fun. This reimagined format is Brain Games on steroids, and we packed each episode with tons of “wow” moments that will keep viewers on the edge of their seat. The celebs — ranging from actors, musicians and athletes to entrepreneurs — perform challenges that reveal the science behind whatmakes us tick. And, while we have the highly entertaining Keegan-Michael Key as host, our science communicator and field correspondent Cara Santa Maria helps explain the science behind the games. Brain Games is unlike anything else on television; our viewers are constantly learning something about 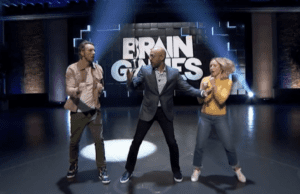 how we are wired, but they’re having a great time and laughing while doing it.

Why would you not describe it as a game show?

Brain Games isn’t a game show.  It’s not about the competition, and our guests don’t play for prizes — they play for knowledge. The point of the games is to explore the “why” behind the “how” and demonstrate what makes our minds work the way they do, in a lively and insightful way. The series is focused on the human experience and uses the games and experiments to depict the sorts of decisions we make on a daily basis. For example, we might not all spend our days on a football field like NFL Super Bowl champ Drew Brees, but on a wider scale, we order the chaos in our heads when it comes to decision-making. What makes Brain Games unique is the easy-to-understand science behind each of these experiments and how we can apply it to our lives daily — consciously or subconsciously.

How does the show fit in with Nat Geo’s programming strategy?

Brain Games resonates with viewers because it has something for everyone: It fuses science with fun, features the biggest names in Hollywood and invites viewers to play along at home. We wanted to create a show that a loyal Nat Geo viewer would love and expect — with exciting science at the heart of each episode — but also encourage a new demographic to tune in. The goal of our programming at Nat Geo, no matter the genre, is to help our viewers think outside the box and discover things about themselves and the world that they may not have known before. That’s what we’re doing with Brain Games … with a little fun along the way.