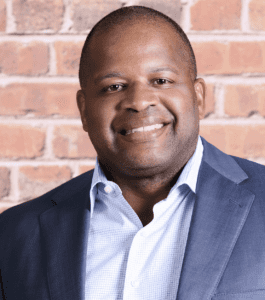 Unlike what happened in the early 2000s when Napster and pirating threatened the music business before the industry itself was able to adapt and capitalize on the advent of digital music, the film and movie industry seems to have learned a bit from those mistakes of the past. But only a bit.

They were still wholly unprepared for the tremendous changes that Netflix and others brought to the industry over the past decade or so. They have been slow to fully understand the sea change of consumer’s preferences for location and device and time preferences for consuming video content.

However, in the past year or so, that change has been laid bare at their doorstep. Netflix’s massive production machine of original content, which began on the platform itself, made its way to the physical theaters themselves. All indicators point to a scenario where the movie studios and production houses either didn’t see it coming, didn’t think it was a big deal or were simply to slow to act.

Sadly, any opportunity for the movie studios and production houses to lead industry change has long since gone. They now really have no choice left but to follow Netflix’s digital-first model. Take a look – the trends and the facts don’t lie.

We’ve all seen the market data – theater revenue is down and continues to decline – and digital sales are up, a lot. According to DEG: The Digital Entertainment Group, consumer spending on home entertainment rose 8.4% to a record $25.2 billion in 2019, primarily driven by the at-home sector’s biggest growth engine, digital. They also estimated that consumers spent $15.9 billion on subscription streaming in 2019, a full 63% of the home entertainment market, which is a 23.7% increase over 2018. Consumer may want to go out on occasion to see film, but they definitely prefer to stay home and watch all their favorite content. Kicking the dog when he’s down, it’s also a well-known industry fact that cinema box office numbers crater after only two to four weeks maximum, meaning there is less and less incentive to hang on desperately to the “cinema-first” approach.

Movie and film companies’ attempts to combat Netflix’s encroachment into the cinema arena, have been somewhat flaccid at best. You may have noticed in recent half- and full-page print ads for films in The New York Times and others (for those of us who still occasionally look at print newspapers), advertisements for Netflix originals which have partnered with cinema companies for launches, are emblazed with “In Theaters and on Netflix” (using the actual Netfilx logo). Movie and film companies’ only response is, to proudly and defiantly display “Only in Theaters” at the bottom of their ads.

Making it as convenient as possible for consumers to consume the video content they want, when they want it and where they want it, is the name of the game. Sure, I understand they are trying to build a construct of exclusivity, where the consumer must go to the theater to see the offered film. But is that a sustainable business model? If most people are like me, they’ll wait it out, until the film has its short run at the box office and is inevitably forced to be offered digitally on Netflix, iTunes, Amazon Video or all three at some point in time. Again, the numbers don’t lie and the percentage of audiences that “Only in Theaters” will appeal to, is small and getting smaller every day.

Honestly, it’s time for the movie industry to finally bite the bullet and embrace change. Collaboration between the digital video/streaming world and old-school, traditional movie business has already begun and it’s time to stop fighting it. The efficiencies for cross-promotional benefits lie ahead and the hide tide will definitely lift all boats. With digital, it’s much easier to add marketing components, such as social strategy to drive awareness, buzz and sales, thus directly converting from media consumption to purchase. It also goes without saying the inherent ease of measurement with digital.

As they say, when in Rome…

Kevin Hill is Founder/CEO of VuPulse, a digital advertising marketing platform. He has more than 20 years of experience as a marketing and entertainment industry executive, including senior posts at Comcast NBCUniversal, Comcast Cable and Cox Communications.

Friday March 27, 2020 Nominations for the 41st annual Sports Emmy Awards were announced, with the National Academy of Television Arts and Sciences announcing the ESPN led the roster of contenders with 58 nominations overall, including ABC. That tally was followed by FOX Sports, which picked up 48, with NBC Sports Group snagging […]

TV may be increasingly fragmented, but we are also witnessing a move on the ad side toward simplification, as emerging solutions like addressability allow advertisers to more efficiently reach desired audiences at scale. That’s according to FreeWheel’s Q4 2019 U.S. Video Marketplace Report, “Reaching Premium Video Audiences in a Hyper-Fragmented World.” Key Takeaways include: The […]