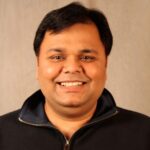 Streaming is on the rise, with the average American subscribing to multiple services. But there is concern that as viewers emerge from lockdown, and/or start looking to cut costs, subscription models will experience a downtick.  Navdeep Saini, Co-founder and CEO of free, ad-supported streaming TV network DistroTV,  explains the importance of thinking FAST.

You coined the term COVID Content Collapse. What does that mean?

In 2020, major streaming services saw an incredible uptick in viewership. In fact, the major platforms – Netflix, Amazon Prime Video, Hulu, and Disney+ – all saw staggering and steady subscription growth since February 2020, with projections citing that more than 25% of consumers added at least one streaming service during the pandemic.

The COVID Content Collapse is the idea that as we near herd immunity and the end of what has been a horrific pandemic, many consumers will start to re-evaluate their subscription streaming services. As we reach the end of stay-at-home orders, we can anticipate a ripple effect. Cord cutters will continue to grow in numbers. As that pool deepens, cord cutters may lead to an initial spike in the adoption of paid streaming services; however, those adoption rates will plateau as consumers start to also take a harder look at their financial spend habits. We see the potential for many consumers to make the decision to cut back on paid streaming TV subscriptions as stay-at-home orders lift in the coming months.

How should streaming services innovate to stay ahead of the curve?

It boils down to agility. Streaming TV has always been a consumer-centric medium. When it first came onto the market scene, it made TV more personalized and its diverse content lineups offer something unique for any type of viewer to find, watch, and enjoy. Now, the pandemic era forced the nation at large into a period of massive disruption and growth. Consumer sentiments and behaviors are shifting at a rapid scale; streaming TV needs to move and adapt at that same pace to stay competitive.

To this point, the barrier to build new streaming linear channels has dropped considerably. Viewers fit one of two molds: they either like to “lean in” (actively search for what to watch) or “lean back” (watch whatever’s playing at the moment). Streaming has evolved to cater to the needs of both those viewer types. At the inception of streaming TV, we saw many viewers spend an inordinate amount of time deciphering what to watch.

Now, streaming TV’s technological capabilities have improved and there is the ability and ample opportunity for FAST services to build new, linear streaming channels that provide viewers with content that will resonate, so that even the pickiest of “lean in” viewers can now more easily settle in, lean back, and watch content that interests and excites them.

What will be the future of FAST in what’s becoming a very crowded marketspace; where is the room for innovation?

The room for innovation is two-fold: there is room for both content creators and advertisers. For content creators, it again goes back to agility and adapting content demands to meet, and anticipate, consumer preferences. For advertisers, the FAST market landscape is in many ways still a whitespace, full of potential. Particularly in this pandemic era.

As mentioned, streaming TV is consumer-centric, as is streaming advertising. When a viewer logs in to stream a certain show or movie, it is an intentional act. The viewer is invested and interested; you have their undivided attention. This means, the viewer is more likely to stay invested and watch through the advertisements. This opens up a dynamic opportunity for advertisers to target consumers with content that will resonate, and leave a lasting impression. Also, adoption of good content on free streaming services will always be significantly faster than on paid services. It’s the same principles as what we see play out with viral posts on social media. The fast adoption rates and improvements in real-time, dynamic ad insertion allow advertisers to tap into the viral wave and ride it, effectively spreading their messaging far and wide with the piece of content that’s trending, at a scale and capacity previously unheard of in the TV market. This is particularly true in an era in which content consumption is at an all-time high and many viewers continue to find streaming TV to be a great form of entertainment escapism as we continue to navigate life in a pandemic.

Further, there is big potential to increase interactivity within the streaming TV market. We’re starting to see it happen in select markets; for instance, with viewers live streaming esports and actively communicating with other audience members as the game plays out on screen. What if the future took that a step further? What if we begin to see not only audiences talking amongst themselves, but also audiences interacting directly with the shows? We saw a nascent form of this with Netflix’s “Black Mirror”; that’s just the beginning of what the future of interactivity in streaming TV may likely evolve to look like.