Law&Crime is relatively new to the production world, but in short order has seen success of its production arm on both linear TV with shows like Court Cam on A&E, and on streaming. We are also now launching our first syndicated daily show Law&Crime Daily across the country. Our successes, however, are not just due to the increase in interest for true crime content (though that continues to grow), but through our unique advantage of being both a production and publishing company. By having a robust publishing arm, our production team is able to tap into our team of accomplished true crime reporters/journalists who serve as our own in house development team for new shows.

In addition, unlike other traditional production houses, Law&Crime has the ability to leverage its production and publishing resources to cultivate a larger audience. Initially, Law&Crime entered a crowded marketplace, but quickly defined its strategy: 1) grow our digital reach through compelling and comprehensive legal and true-crime news stories on LawandCrime.com and social channels, 2) expand the distribution of Law&Crime Network, our live trial network, which started as an OTT platform, and has now expanded to major cable providers, and 3) extend our production arm, Law&Crime Productions by partnering with other companies and platforms. 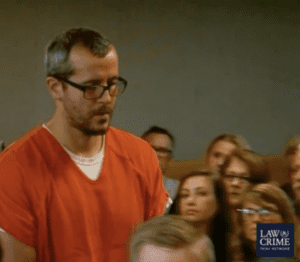 Law&Crime’s growth through our different resources working together can be seen through our recent Facebook partnership, in which more than 60 million true crime fans have watched our Facebook Watch commissioned series Buried With Love, now in its second season. When Facebook first approached us with this project, they relied on our expertise to execute a short form series that would resonate with the true crime community. Facebook has since published a case study  showing the success of the series, and the traffic it drove to Law&Crime’s Facebook page, which also led to more visits on our other platforms.

As a publisher, we had real-time data through various platforms that showed our  coverage of the case against Brooke Skylar Richardson, a high school cheerleader accused of killing her newborn and the focus of Buried With Love Season 1, was resonating with viewers. We experienced high traffic on our website, across each of our social media platforms and on our OTT platforms. As a result, we used this case as the basis for Season 1 for Facebook Watch.

Through our organic social strategy, Season 1 of Buried With Love drove immense viewership, and increased our Facebook group following by twelvefold. About 9 months after launch, our Facebook page followers have grown to almost one million, and our site referral traffic from Facebook to LawAndCrime.com has increased by 700%.

Our advantage as a production house is that we are on the forefront of the topic, both in terms of content, the true crime news of the day, and analytics on what people are watching. We are building our own archive of original content for our network, while also allowing us to leverage our data, our unique IP (trial footage, crime videos and interviews), and in-house expertise to develop true crime programming that resonates (and rates!).