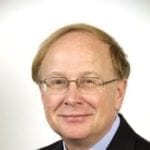 To paraphrase Sir Isaac Newton’s third law of motion, every action has a reaction, holds true today in the media. Take for example, the impact of the NFL has on television. In fourth quarter 2019, 47 of the 50 most watched TV programs were NFL games and ratings get better in the postseason. With such ratings success, the NFL could easily open up negotiations to extend the rights fees to television games with their broadcast partners which expires in two years. Under the current agreement, CBS, Fox and NBC pay collectively about $3 billion each year to televise games.

With deep pocketed digital companies such as Amazon Prime (which already streams Thursday night games) possibly entering the bidding, rights fees could increase by 30% or more, a hefty price increase for broadcasters. In the past, networks had passed along the increase to advertisers, however, NFL games are already, by a wide margin, the most expensive ad buys on television.

There has become a second source of revenue for the networks – retransmission consent fees from MVPD’s and vMVPD’s.  This is how it works: Network affiliates and owned & operated stations negotiate fees from Comcast, AT&T, Spectrum, etc. After the negotiations there is reverse compensation in which the stations turn over a percentage of fees to the networks. With rights fees increasing and the importance to retain NFL games, the networks are pressuring affiliates to get the higher rates when negotiating subscriber fees. This has resulted in negotiations reaching an impasse, with TV station blackouts occurring at a record number in 2019.

To be in a better negotiation position, station groups need scalability. The FCC however, have strict ownership caps prohibiting a station group to collectively reach no more than 39% of U.S. TV households. In recent years, station groups have petitioned the FCC to expand ownership caps to no avail. With the chance stations could lose NFL games to digital media, perhaps next time the FCC will relax the ownership caps for stations.

Did Sir Isaac Newton have this in mind? Probably not.

Discovery platform Taboola introduced a new subscription feature for Newsroom, to help publishers better understand and engage with subscribers, as well as acquire new subscribers. The feature allows publishers to see which articles are driving conversions, reduce churn by understanding how subscribers are engaging with content, and determine the “propensity to subscribe” of readers via […]

Google has introduced search chips in Gmail, making it easier to sort and filter search results. Users can search a colleague’s name and further narrow results by selecting search chips like attachment type (Text document, Spreadsheet, PDF) or a specific timeframe, for example, or filter out certain results, like calendar invites.  “We’ve heard from our […]

Thursday February 20, 2020 The NFL and its 32 teams topped $1.47 billion in sponsorship sales this past season, according to IEG. The slate featured nearly 1,500 existing partnerships along with more than 350 new deals signed with Anheuser-Busch InBev once again ranking as the biggest sponsorship spender in the league, promoting BABE, […]

Thursday February 20, 2020 Good morning! This is your weekly Esports Brief. ESL recruited the United States Air Force as its newest partner, with the military branch serving as Official Partner for Intel Extreme Masters North America 2020 and ESL Pro League Season 11, as well as an Official […]