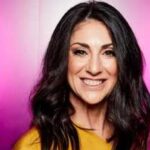 NBCUniversal Television and Streaming rolled out an extensive marketing campaign to engage fans of the Child’s Play franchise, as it prepared for the October 12 launch of “Chucky” on USA and SYFY. From early buzz to mass awareness, Ellen Stone, EVP, Marketing, Cable Consumer Engagement and Brand Strategy, explains how her team created one of the biggest horror events of the season.
How was the campaign conceived?
Chucky is one of the most beloved characters in cinema history. When we began to plan this campaign, we wanted to drive excitement and scale through activations and partnerships that helped build fan engagement. We kept going back to Chucky’s iconic line from the Child’s Play film franchise: “Wanna Play?” and thinking of how we could play off that notion across all platforms. This allowed us to be creative and really go outside of the box when it came to putting together the campaign.
Chucky’s audience is a mix of horror lovers, pop culture aficionados, and has a strong following of diverse and queer-identifying people. It was important for us to take this into consideration and strategize on how to engage with this audience that spans so widely across the board. That was the starting point for us, and we began to build from there with ideas including IRL experiences, social media activations, and of course, an expansive communications plan and laser-focused paid media campaign.
What were the goals you hoped to achieve?
Our goal was to first build early buzz, and over time create mass awareness that would ultimately make “Chucky” the must-see Horror Event of the 2021 Halloween season on both USA and SYFY. We wanted to make the fandom, both old and new, excited about this next chapter while also paying the utmost respect to Don Mancini’s film franchise.
What activations have been received with the most excitement?
All our activations have been received extremely well. Between our social marketing campaigns, New York Comic Con, four different “Chucky” experiences at Halloween Horror Nights at Universal Studios theme parks and beyond, we created an ecosystem that allowed us to tap into an unparalleled amount of engagement across the board. To top it off, during the premiere on October 12, “Chucky” was trending #1 on Twitter!
How was social media woven into the experiences?
Social Media has played a critical role in the lead up to the premiere of “Chucky”, and will continue to do so throughout the series. We created various ways for people to experience “Chucky” across all social platforms including a virtual staring contest with Chucky on TikTok, which could also be remixed on Instagram Reels, a Twitter hashflag, GIPHY stickers, and a terrifying Instagram AR effect that actually puts Chucky inside your home.

Beyond that, activating the “Chucky” community on social media has been key. There is a loyal fandom that exists, and we engaged with them as much as possible to build excitement and deliberately inserted Chucky himself into as many pop culture conversations as possible.
We also leaned into the social audience of “Chucky” Creator and Showrunner, Don Mancini, and actress Jennifer Tilly to drive awareness, and engaged our partners across NBCUniversal. We had 18 partners across the company cross-promoting the series, as well as primetime promo placement during NBC’s Sunday Night Football and USA’s “WWE Monday Night Raw.” There wasn’t a stone you couldn’t overturn without there being a “Chucky” moment. 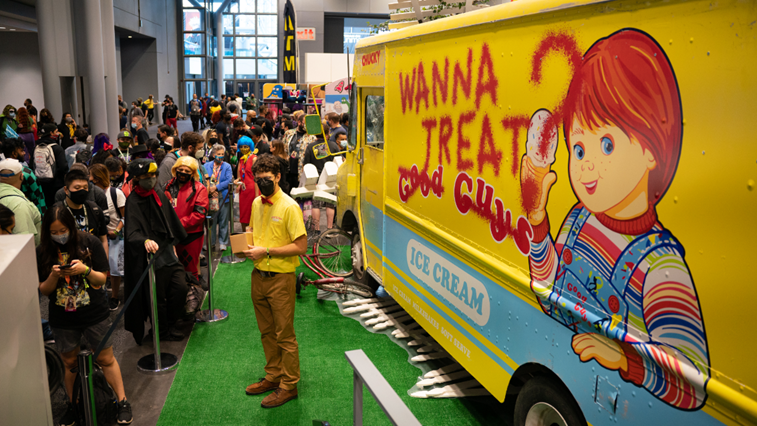 How was it received at Comic Con?
The “I Scream Truck”, which we worked on in tandem with California-based agency The Many, was one of the most engaging activations at New York Comic Con. There was a consistent, two-hour line throughout the event, and seeing that level of excitement was a testament to how beloved this franchise is.
We had the largest venue at New York Comic Con for our world premiere screening of episode one, followed by a live Q&A with “Chucky” Creator and Showrunner, Don Mancini, and actress Jennifer Tilly who plays Tiffany Valentine. There were over 3,000 people in attendance, all wearing custom “Chucky” masks, and it was standing room only. Our “Chucky” social channels, @chuckyisreal, were also serving those who couldn’t make it in-person with live content from New York Comic Con through the eyes of Chucky himself. All in all, it was a tremendous success.”
Related Topics: