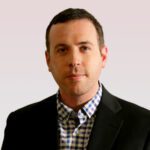 By Daniel Church, Head of Advanced TV, Beachfront
As technology has progressed over the years, new developments often lead to products that are referred to as “smart.” You can’t go shopping today without seeing it. Smart watches, smart TVs, smart phones, even smart fridges. It’s everywhere.
One industry that has seen a similar type of technological evolution in recent years is TV advertising. The explosion of CTV has grabbed headlines, but in the background, there’s been a greater push to bring addressability on linear TV to life, making it a “smarter” advertising medium. The only problem is that the related infrastructure being used today is not set up to scale nor unlock new applications down the road, potentially limiting the full potential of what addressable can bring to linear TV advertising.
Years ago, a linear spot was the only game in town for TV, and it was seamless for advertisers and programmers to detail exactly what was for sale and who it was reaching. Today, the infrastructure that is in place to support burgeoning linear addressable applications doesn’t address some of the basic needs of modern media buyers and sellers. These needs include the ability to buy and sell in an automated fashion, react to master broadcast schedule changes, reconcile addressable spots, uphold key business rules like competitive separation, and perhaps most importantly, adhere to contractual rights obligations.
With these challenges becoming more profound, I believe our industry has come to an inflection point. A point at which we must assess the infrastructure that’s been built and determine if it is open and agile enough to support the needs of all stakeholders in the years ahead. Buyers, sellers, and everyone in-between must benefit in order for linear addressability to reach its true potential.
It’s kind of like home remodeling. Sometimes the original foundation and structure won’t support new amenities and features, like a custom fridge or a new luxury bathtub. In those cases, it’s often easier to ask, should I just gut it and start over? This, of course, is not cheap nor an easy undertaking and requires deeper collaboration.
Accordingly, as an industry, we should apply the same line of thinking to the infrastructure being built and used in linear addressable. Are we putting ourselves in a position to build and scale, and to test novel applications, some of which we may not even be contemplating yet? While a handful of initial addressable campaigns have undoubtedly demonstrated meaningful progress in reshaping linear TV, we must ask ourselves: is there more?
In order to set linear addressable TV up for success today and tomorrow, we must move towards a model that is more dynamic, standardized and connected. An approach that is capable of honoring existing broadcast schedules and those associated media rights while enabling interoperability — across data, across ecosystems, and across local and national footprints.
Understanding household ad exposure irrespective of the delivery mechanism is critical to controlling for reach and frequency and for unlocking and properly executing applications like creative versioning. The ability to seamlessly transact across national and local footprints  — striking the right balance of precision and scale — is becoming key for advertisers in verticals like political and auto. And we mustn’t forget about the vital importance of reconciling budgets against pre-programmed spots, a key lynchpin in getting more buyers and sellers comfortable transacting against linear addressable formats.
I believe that the time is right for us to take stock of where we are at as an industry when it comes to linear addressable. There is still a lot of value we can extract from linear TV. We have to build the right addressable infrastructure today, to benefit both buyers and sellers, and set us up for collective success in the future.
Are we building an agile and open infrastructure upon which we can shape new applications and value propositions? Will current deficiencies and shortcomings push brands away? Will our current approach still work five to ten years from now? These are questions we should all be asking.
I’m optimistic that the TV advertising industry will course-correct over the next year, moving toward a more flexible infrastructure for linear addressability that will endure and bring an immense amount of value to TV in the long run.
Related Topics: