The “wibbly-wobbly” nature of reality television is explored – and taken to a fantastical new level – in Tune in Tomorrow, a novel by veteran entertainment journalist Randee Dawn that comes out August 16. Here, she offers her take on the genre, and its impact on viewers. 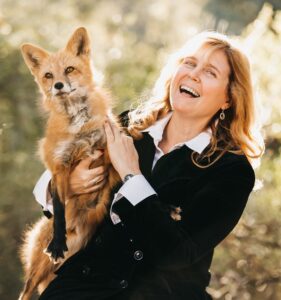 What’s the inspiration behind this combination of fantasy and reality TV?

I’ve been a fiction writer since I was really quite small – I wrote about my stuffed animals on the back of advertisements for my dad’s pharmacy at one point – and I’ve been an entertainment journalist for my entire career. For years, TV has been both job and pleasure. Meanwhile, I’ve been trying to get my novels published with stories that explore the spaces between what we know to be real, and the things that lie beneath. Or off to one side. That can mean horror sometimes, but for me it often means fantasy. I love the idea of fish out of water, of creatures coping in a world they don’t understand, so the blend of the two in what’s known as “urban fantasy” felt natural to me.

With Tune in Tomorrow, I took it one step further into – well, “showbiz fantasy,” if something like that can 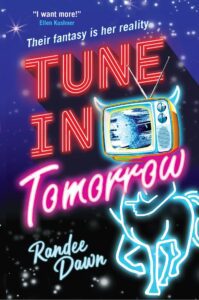 be said to exist. The book originally was meant to take place at a fantastical soap opera, but over the editing process we leaned more into the idea of it being a reality TV show. Not only is reality TV more popular these days than soaps, but the idea that the mythical creatures believe the show they are watching on TV is how humans really behave – and therefore a reality show – reminded me of my earliest days as a soap fan. Not that I really believed people came back from the dead or that some of the more absurd twists and turns were real, but I had it somewhere in my kid brain that I was getting insight into how actual adults operated when I watched soaps. (Note to all: This is not true. Nor is Grease an accurate representation of high school, another fantasy I harbored. I digress.)

After Tune in Tomorrow evolved and became a blend of soap with reality TV (think “docu soaps” or “occu-soaps,” both of which exist and riff on documentaries and occupation-based stories), I realized there was a way to address the wibbly-wobbly way “reality” behaves, and how TV fans have a way of gleaning real life lessons from them. Sometimes.

There’s a line in the book that a centaur says to our main character, Starr: “[Tune in Tomorrow] is real enough…. It is your reality. And so, it is real enough to us.” While we as a country may be struggling through what reality means – many of us are siloed in our political beliefs and media consumption – it’s worth examining how we come to decide what is real, and what is not, and how much of what we absorb through small mirrored screens influences all of that.

But first and foremost, it’s a fun romp through TV’s behind the scenes.

What is it about reality television that continues to attract viewers?

I’m selective about what reality TV I like – I don’t care to watch people torment or trick one another, or force one another to jump through hoops or eat worms for money. I’m also not interested in watching the glowing rich people of the world behave badly or like they’re American royalty – something many producers love to call “aspirational” reality TV. My favorite shows feature talented people creating, doing, making. Great British Baking Show, Project Runway, Blown Away, Project Greenlight, that sort of thing. I admit I did love the Millionaire Matchmaker for a time; it was amazing to see the many ways two people could get relationships so wrong. But I love watching the creation of something, and the attempt to get into the minds of people making it. To me, that’s inspirational, and sometimes aspirational.

“Reality TV” encompasses so many different subgenres that it’s hard to say one specific thing that draws audiences. I know there are plenty of viewers who hate-watch series like The Kardashians, and others who enjoy seeing physical challenges. There are many who are watching the singing competition shows to discover their next favorite musician. And then there are many who like the documentary style of storytelling – the shows that take you into a niche world and guide you around. When this works (like Cheer) it can be hugely insightful and award-worthy. When it feels exploitative (all of those series about enormous families, for example) it feels like a call from the barker to the freak show at the circus, and I’m less excited by that. There are valid shows that can be made about people who have different lifestyles, but when a series encourages you to just point a finger and laugh, that’s exploitative.

Overall, I think people turn to reality TV because they feel a sense of connection: they might know, or do know people just like this. They can go to these places where these “TV stars” exist, and pretend to be part of their world. It is “real enough” for them.

Squid Game, The Truman Show and The Hunger Games were all works of fiction that suggested we are happy to watch real people face challenges for our entertainment. Has the genre of reality TV been around so long that it’s now a permanent part of our meta-narratives?

Versions of reality TV have been around as long as TV itself; way back in the 1950s there was a game show called Queen for a Day in which women competed to have the saddest, most poverty-stricken story to win over an audience so that they could take home basic necessities, like a washing machine. Most people have heard of PBS’ An American Family, which premiered in 1973, a 12-hour documentary about one American family. But I like to point to 1992 as being the modern liftoff for reality TV, when MTV launched The Real World. There’s a myth that the TV writers’ strikes of 1988 and 2007 helped the genre take off, but the first one was too early to jump start anything (other than, maybe, lots more episodes of Cops) and by 2007 reality TV was firmly embedded in our TV culture.

I think it’s more accurate to look at the rise of technology, of having cameras with us at all times (on our computers, on our phones, on every corner to “deter” crime) as being more of an influence on the melding of reality TV and television narrative. In Squid Game, The Truman Show and Hunger Games, cameras catch individuals at their most vulnerable, often when they don’t even know they’re on camera. It’s a natural next step to have a culture (mythical creatures) that observes humans as “other” wanting to put us into a glass bowl and gawk at what we do next – which is where I go in Tune in Tomorrow and in a potential sequel I’m working on. In addition, social media gives us the ability to curate our own “feed” in the public sphere of the internet. We’re all performing. The medium is the message, isn’t that what Marshall McLuhan once told us? It’s never been truer.

Should this be turned into a series, who is your dream cast?

Mostly I’ve given thought to Starr, as she’s my leading lady; I’d love someone who feels like Nicola Coughlan (of Derry Girls and Bridgerton) and Rebel Wilson. They’re both hysterically funny ladies who don’t fit the traditional Hollywood mold, and each has a wicked sense of play about them. Glenn Close would be a marvelous Fiona – I’d love someone who can do a haughty patrician but also turn downright evil when necessary. She must have great cheekbones, and Close sure has those. Rufus Sewell blended with Hasan Minhaj would be an incredible Nico; Andrew Lincoln or Jeremy Renner would make a terrific Mav. I’m less clear on Jason, for some reason. I have a picture in my head, but I’d want someone who has authority and a puckish sense of joy – a bit like Jon Cryer as Duckie in Pretty in Pink. There’s a reference in Tomorrow to a food dragons allegedly want to eat called “parkin” and how Starr found it on a “web-based cooking show.” Well, that show is Tasting History by Max Miller, who I just adore. I could see Jason having a lot of Max’s attitude and presence and classic good looks. Call me, casting directors, clearly I have ideas.

Thursday January 26, 2023 Good morning! It’s Thursday and this is your early morning Esports brief. The past week brought another round of layoff announcements across major tech and media brands. From Google’s cut of 12,000 employees to layoffs by Fandom that hit games and entertainment media giants like GameSpot, Giant Bomb, Metacritic and […]