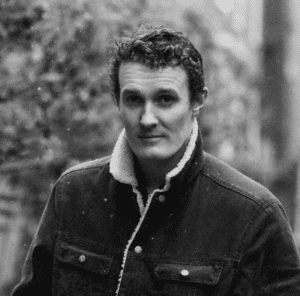 Over 30 years ago, the world’s biggest art heist took place in Boston, at the Isabella Stewart Gardner Museum. Colin and Nick Barnicle, of Barnicle Brothers Inc., directed and produced a four-part docu-series, “This Is a Robbery,”  chronicling the still-unsolved case. Colin Barnicle talks about what makes true crime pay. (“This Is a Robbery” will be released on Netflix on April 7th.)
This is your first project that taps into the true crime/unsolved mysteries category. How does it differ from producing the sports content you’re known for? Any surprises along the way?
We shoot and edit most everything ourselves so the actual visual, editorial elements were pretty similar – just outsized. With this project though, the biggest learning curve was definitely the evidentiary findings. We were trying to piece together a crime that has zero arrests, zero public judicial findings. There’s never been a verdict on this and there’s very little out there. But, there is an expectation now with these documentaries of visual evidence, of new findings, so we absolutely had to get those elements because a viewer doesn’t care if you tried or how hard it is to get, we just needed to get them. We had to deliver.
There definitely were surprises in what people told us – we’ d be interviewing someone who would say something offhandedly that linked up to an esoteric bit of information we found, it was nothing to them but we’d say, “Whoa-whoa-whao…what was that?” and then attempting to weave that into a narrative that a viewer could follow, because even if we thought a clue was fantastic, it might not ultimately move the needle.
How did you get connected with Jane Rosenthal and Berry Welsh? What did you learn from that partnership, and what advice to you have for others to make meaningful connections?
It was sort of old-fashioned. We had made a sizzle reel and we were showing it to anyone and everyone for about a year and eventually it got to Jane and Berry. We knew OF Jane and Berry but we didn’t know them but because of the reel we got a meeting.
The biggest thing we learned from their partnership was fearlessness. Not to be afraid to dig-in for your creative beliefs. When you’re the smallest fish in the pond, that’s easier said than done; there’s often the sense that creating an affable relationship is better than digging-in but at the end of the day, the only thing that matters is the product – so you better make sure it’s good and it’s what YOU think is good.
We absolutely had to bring something to the table to make meaningful connections, like a pitch book and a good personality isn’t memorable – we did that, it didn’t work. What worked for us was getting a project to an inflection point before reaching out. It makes the conversation easier – we were talking about something we knew the most about – and it made the decision process for them much easier too.
How do you decide which stories to explore?
It sounds basic but it’s really the amount of time we obsess over it. If my brother and I argue over the story in the office – it’s good.
What do you hope viewers learn or experience while watching “This Is a Robbery”?
We want people to be excited after watching it, as if they went on an adventure. We want the viewer to go through the investigation – to feel it in real-time, all the ups and downs, and to come out the other side with a sense of catharsis, a conclusion.
Related Topics: