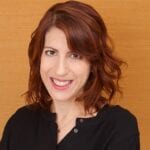 To mark Global Tiger Day, July 29, Cynopsis checked in with Jessica Beatus, Group Vice President, Standards & Social Good for Discovery, Inc., about the company’s commitment to helping save a species with Project C.A.T.

What is the goal of Global Tiger Day and Project C.A.T.?

The goal of Project C.A.T., Conserving Acres for Tigers is to support the global effort to double the wild tiger population by 2022, the next Year of the Tiger. By conserving nearly six million acres of protected land across three countries, this initiative, in collaboration with World Wildlife Fund and others, aims to ensure a healthy habitat for tigers. Global Tiger Day has been held on July 29 every year since 2010 to raise awareness of the global decline of wild tiger numbers and to remember and celebrate tigers on this day. While Project C.A.T. is an initiative that benefits wild tigers all year long, Discovery joins protectors of wildlife around the world to further amplify efforts on July 29. 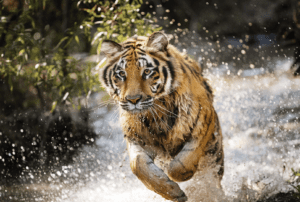 What have you achieved so far?

Tiger numbers have increased at Discovery supported sites in both India and Bhutan, which is a significant milestone and something we celebrate today. We also help with the restoration efforts of grasslands to sustain tiger prey and enrich the landscape which has benefited tigers and other endangered species in these areas. In the Transboundary Manas Conservation Area, greater one-horned rhinos have been spotted in Bhutan for the first time since 2001 – the rhino population on the India side has, since 2008, gone from 0 to 43. Other support Discovery provides WWF through Project C.A.T. increases monitoring and assessments of tiger populations, maintains corridors to improve connectivity for wildlife movement, measures to reduce human-wildlife conflict, and builds community stewardship of and support for wildlife through education and engagement.

Why is it important to save tigers?

Tigers are incredible and beautiful animals and they play a vital role in maintaining a healthy ecosystem.By protecting tigers and their habitat, Project C.A.T. is also helping to protect other at-risk animals that share this habitat and important prey species. Since tigers need vast amounts of land to thrive, this initiative also protects vital forests, which in turn benefits local communities, and the planet as a whole.

What did you think of Tiger King?

WWF estimates that over the course of the last century, tiger populations have declined by a startling 97% from 100,000 to less than 4,000 in the wild today, and this devastating statistic is mainly due to rampant poaching and habitat destruction. Other studies show that there are more captive tigers in the U.S. than in the wild. Series like Tiger King and the follow up Animal Planet documentary Surviving Joe Exotic that aired this past weekend help to highlight the critical need for tiger conservation. If given the priority and investment it requires, the fate of wild tigers can be turned around.