In the first blog of 2023, SeeHer President Christine Guilfoyle shares what is needed for us to realize a world free from gender bias. 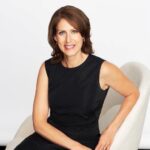 Gender equality is a movement, not a moment. It is 2023, and we have learned that the progress we have made over the past decades is at risk. The World Economic Forum estimates that it will take another century before true gender equality becomes a reality. I am unwilling to wait. And I know I am not alone.

More companies are committed to gender diversity as a top priority — from 74 percent up to 87 percent of companies, according to a recent report. Ninety-four percent of adults surveyed across 34 countries think it is important for women in their country to have the same rights as men. As a collective, we have the power to drive change. It will take commitment and consistency.

Eliminating gender bias in marketing, media, and entertainment is not going to be accomplished through a burst of activity around key cultural moments. Gender equality needs to be a focus 24/7, 365 days per year. At SeeHer, International Women’s Day (IWD) and Women’s History Month (WHM) are every day, every month. Let’s join together, raise our voices, learn from each other, empower our teams, and double down on our commitment. SeeHer can help.

Globally, women control over $20 trillion in annual consumer spending. In aggregate, women represent a growth market bigger than China and India combined. Given these numbers, it would be foolish to ignore or underestimate female consumers. Yet women often don’t feel like brands are speaking to them.

Fifty-five percent of women would like brands to portray women more accurately in advertising. SeeHer understands the economic power of women and can provide GEM® scores, training, best practices, and thought leadership for marketers, agencies, and media companies to embed into their workstreams. SeeHer Members and partners can amplify brands’ work to raise everyone in the industry, understanding that gender equality is good for society AND a business imperative.

· When brands make gender equality a priority, the business impact is significant. High GEM®-scoring ads, which reflect accurate portrayals of women, result in a 500 percent increase in ROI.

And gender equality is not a one-size-fits-all strategy. In the United States, race and ethnicity play a major role in how women and girls see themselves. · Black women feel the most powerful way brands and companies can increase the accuracy and authenticity of the portrayal of women in advertising is to show women in real-life situations.

· 90 percent of Hispanic women feel gender equality is an important personal issue, but 60 percent feel there is a lack of role models in media and marketing.

· 62 percent of Asian Americans report that they rarely, if ever, see themselves represented in ad content.

Demographically, 82 percent of generation Z sees gender equality as a personal issue, more than any other generation. Yet they and boomers (despite gen Z having a potentially longer lifespan) are equally unlikely to see gender equality happening in their lifetimes.

So, what’s a brand to do? · 64 percent say the No. 1 way to make a difference is to accurately portray women in advertising.

Many brands have IWD and WHM initiatives, whether internal- or consumer-facing. Organizations are planning those activations right now. This is a good start. But imagine the results if we all put that same energy and rigor into gender equality every day, every month of the year.