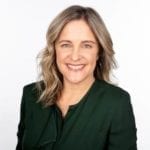 “We’re in the business of storytelling, so we should be using those tools to uplift women, and all marginalized parties, across platforms,” says Dyllan McGee, Founder and Executive Producer of MAKERS, Verizon Media’s brand aimed at accelerating the women’s movement. On the heels of the organization’s 2020 conference, McGee shares details on the organization, as well as her take on the media’s responsibility for pushing for change.

What’s MAKERS and how did it come about?

MAKERS is Verizon Media’s brand built to accelerate gender equality for women everywhere. Our founding story is driven both by my fascination with the women’s movement and my love for filmmaking. The platform was born in 2013 with our documentary, MAKERS: Women Who Make America, which tells the stories of the change-making women whose hard work catapulted the modern women’s movement. In working on the film as Executive Producer, I noticed how much of my life and the things I take for granted wouldn’t be possible without the work showcased in the documentary. From then, we realized that MAKERS needed to be a permanent fixture in our society.

Today, MAKERS has a vast video collection of women’s profiles, live events, Emmy-nominated documentaries and award-winning digital content. And, as part of the Verizon Media ecosystem, we’re able to really amplify that content to a variety of audiences, from loyal HuffPost readers to viewers of Yahoo Finance’s live weekday programming.

We recently hosted our sixth MAKERS Conference in Los Angeles, entitled “NOT DONE.” Attendees heard from Olivia Wilde on why she started directing and on demanding a new standard in how sex scenes are filmed. Dallas Mavericks CEO Cynt Marshall spoke about driving institutional change from the top down, and how she transformed her NBA team. Former Rep. Katie Hill explained why America needs a female president ‘f***king soon,’ and Kathrine Switzer reflected on being the first woman to enter the Boston Marathon.

The 2020 MAKERS Conference theme, “NOT DONE,” kicks off a year-long campaign on this topic, inspired by the suffragettes and the 100th anniversary of the ratification of the 19th Amendment. “NOT DONE” is our rallying cry for the remainder of 2020, and an acknowledgement that the fight for equality is not over.

How should media and marketing executives be thinking about diversity and inclusion in 2020?

Heading into 2020, we have all the tools we need to create more inclusive spaces and tell more diverse stories. It’s up to the decision makers – the ones at the top – to make those choices. Diversity of background and experience can help media and marketing teams build creative, unique narratives; the kind that actually break through. It’s not only critical for our movement, but it’s also a smart business decision that’s been proven to impact a company’s bottom line. Hiring diverse talent is important, but it’s only the first step. Those in the c-suite need to ensure that their workplace is one in which marginalized groups feel valued and are given the resources to thrive.

Are there any big marketing or media brands getting it right when it comes to accelerating the women’s movement and increasing gender parity?

Yes! We get a special look at the work major brands are doing to accelerate equality through MAKERS@ – our partnership program to connect and inspire executives at the forefront of equality initiatives. We recognize and work with companies on their commitment to elevating women and marginalized communities. Through MAKERS@, leaders at Adobe, Facebook, Mattel, Stitch Fix, Oracle Data Cloud, and more (we’re up to 60 partners) pledge to make huge changes that would help women succeed at work.

For example, onstage at The 2020 MAKERS Conference – iHeartMedia’s EVP and CMO Gayle Troberman, announced the iHeart Podcast Network will commit 50% of production to new shows and slates from diverse creators. R/GA’s SVP and Managing Director Nicky Bell pledged to increase retention of women of color 25% year on year (for 2020) by creating a more inclusive environment that embraces real conversations about race and continues to prioritize career development and mentorship. And, lululemon Americas EVP Celeste Burgoyne, pledged to enhance the brand’s mental well-being benefits this year, including an extended, paid-maternity leave.

You can read the full slate of 2020 MAKERS@ pledges here. These pledges, unveiled each year at The MAKERS Conference, result in real change, accountability, and – we hope – inspire other business leaders across industries to look at their organizations and make thoughtful decisions about what they can do to increase equality in the years to come.

What can the media industry do today to start to make a positive change?

Allyship is critical in the fight for equality. The onus should never fall on those experiencing discrimination to fix it. More allies stepping up — not just in words but in actions —is the best way to propel the movement forward. Willie Jackson who is a consultant and facilitator for ReadySet, just spoke at The MAKERS Conference and unpacked what makes a good ally, at work and beyond.

But what’s the media’s specific role in creating positive change? It’s at our core. We’re in the business of storytelling, so we should be using those tools to uplift women, and all marginalized parties, across platforms. In digital media, documentaries, print magazines, advertising – you name it. If the unique stories of women are being amplified by people across communities – not just by women – I think we’ll finally see lasting change.

To that point, Verizon just announced the Future Fund, a $5 million fund in production budgets for female-led projects, to support emerging female talent behind the camera, focused on up-and-coming creators. The first initiative out of the Verizon Future Fund? Our next MAKERS documentary.

Our next MAKERS documentary film, aptly named NOT DONE, is focused on how feminist changemakers of today are carrying the torch and making real progress toward true equality. It’s also the directorial debut for emerging filmmaker Sara Wolitzky and has an all-female and non-binary production crew. NOT DONE will premiere this summer, so stay tuned. Until then, let’s keep fighting.