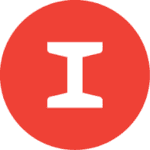 Tech – from smartphones to social media – is impacting news coverage. Amir Efrati, newly-named Executive Editor of business and technology news site The Information, offers his insights on the shift in news focus, and the “ad machines” that have forced the contraction of local news.
How do you expect news coverage to change as a result of the current political climate?
It’s changed a lot already. The political climate has been toxic for years and the 2016 election was an exclamation point. Since then, journalists have tried to uncover how we got here, and how people are responding. In “tech,” that meant analyzing the way unfounded conspiracy theories (QAnon, for instance) spread on social media and in some cases being a watchdog and calling out failures by companies such as Facebook in upholding their own rules against illegal forms of speech. That includes the incitement of violence by social media users, which in some cases included politicians, in various countries. The business and entertainment worlds also turned inward; if moral leadership didn’t exist in government anymore, many people felt, it should at least exist in places within their control—starting at work. As a result, the “Me Too” movement had and continues to have a major impact on Silicon Valley and beyond. The Information along with countless other publications helped bring to light bad behavior in both of those worlds, including in venture capital and at companies such as Google and Uber.
How is the tech industry affecting news coverage?
For publications with an advertising business model, this is a sore spot. News outlets can’t compete with the Facebook and Google ad machines, and our industry has contracted tremendously as a result, especially in local news. The Information, however, generates revenue directly from subscribers. This comes in handy during an economic recession like the one we’re in at the moment. And it should of course be noted that the internet and smartphones gave the news industry an incredible fast and cost-efficient way to connect with readers. As for news coverage, there’s plenty to report about the future of news and how media publishers are navigating, fighting, or partnering with tech “platforms” such as Apple, Google, and Facebook. And as those companies as well as Amazon and Microsoft have become the most valuable companies on earth, in terms of market capitalization, there’s a greater need to report on them in depth. So the news industry has appropriately shifted its focus and reporters to do so.
How do you think the role of reporter is evolving?
Many reporters used to be generalists, especially in tech-land. Now everyone in this field is a specialist because if they aren’t, they won’t get far. Global interest in what happens in tech has grown so much that it actually makes sense for a publication to have multiple reporters dedicated to big companies such as Alphabet, Apple, and Amazon. And it’s worth delving deep into cloud computing infrastructure or self-driving car development or identifying the next important group of startups that will change existing industries or create new ones.
Related Topics: