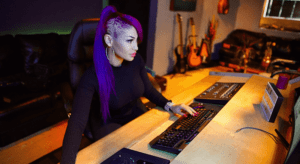 Tiffany “Delilah” Miranda talks about the mission behind Girls Make Beats and the importance of empowering the next generation of music producers, DJs, and audio engineers. If you can see her (and hear her), you can be her.