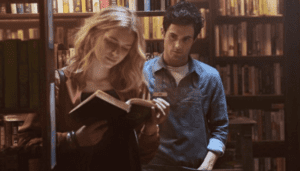 Netflix renewed You for a 10-episode season three. Stars Penn Badgley and Victoria Pedretti will reprise their roles in the stalker drama, from Berlanti Productions and Alloy Entertainment in association with Warner Horizon Scripted Television. You started on Lifetime, then moved to Netflix for season two, where it ranked as the streamer’s #5 most popular series in 2019.