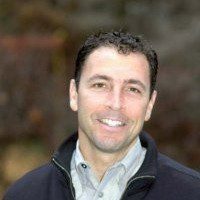 CTV has been one of the most talked about media channels during the pandemic. As consumption rose, more platforms launched and the spending followed. Marketers have already committed to spending $4.5 billion in CTV advertising for the upcoming season, 50% more than what was spent last year. With that said, we are still only in the early stages of a burgeoning industry – yet the territory we’re entering is not completely uncharted.
The evolution of CTV advertising mirrors in many ways the evolution of advertising on linear TV, and then digital video – not least of which is because some of the most important players in streaming today are the same networks that have long dominated the traditional TV dial. The tactics that brands are taking now are similar to what they used to do with broadcast and cable networks, and then digital video; namely, focusing on broad demographic audiences instead of embracing the more granular approach to advertising.
When I worked in cable television, I saw firsthand how networks would position themselves to sell advertising. The focus would be on the audience and the environment: a network might say, 70% of my audience is made up of men – so if you’re looking to reach that demographic, you have to buy advertising on the network. They focused on the VPVH; Viewers per viewing household as a % of the total audience. Each network would make a similar pitch depending on their programming, and advertisers would decide which to buy depending on their target audience.
Even as advertisers have shifted their primary focus from broadcast to cable, to digital video and now to CTV, their tactics haven’t exactly changed much through the years. It used to be that advertisers had so much money at their disposal that they would buy 50 cable networks to ensure they could cast as wide a net as possible – which is what we saw with many digital video buys, and what we’re seeing now with CTV. People like to take a broad approach by slotting in their advertising wherever they’re able to, but the truth is that in order to make an impact, brands have to take a more innovative tack, much like advertisers did in the early 2000s.
When it came to advertising on linear TV, one of the biggest turning points to brand partnership deals came with Coca-Cola’s deal with American Idol. By having the company’s logo and branding featured prominently in the show in multiple contexts (those iconic red cups sitting on the judges’ table), Coca-Cola created a new paradigm for television advertising, one that incorporated the brand seamlessly into the fabric of the show. The partnership became the gold standard for advertisers looking to do integrations into television shows, because it provided them with the ability to reach millions of people within the programming, not during commercial breaks where viewers possibly left the TV for a minute. The brand also had the opportunity to be featured in merchandise and promotions for the show itself. Coca-Cola also often used the show as a launchpad for its new campaigns because the scale of the audience it reached.
What made Coca-Cola’s move so successful was the fact that it kept the brand top-of-mind for viewers while enabling the show’s participants to keep the brand top of mind in an organic way. It’s this type of thinking outside the box that advertisers need to apply to their CTV strategies. After all, while streaming affords brands the opportunity to get in front of viewers, there’s nothing stopping someone from hitting the mute button or being distracted on their phone or laptop during the commercial break, much like people do when watching broadcast television. In fact, 90% of viewers skip or ignore pre-roll ads on digital video – so brands clearly need to find another route to get viewers attention.
Of course, many streaming shows already incorporate product placement or brand partnerships in some form. Netflix worked with 75 different companies – from Baskin Robbins to Coke to H&M – to promote the latest season of Stranger Things. Shows on Apple TV+ often feature the company’s offerings: a recent analysis found that, in 74 episodes, there were over 700 shots of Apple products. Of these two instances, the latter hews closer to Coke’s model by making the brand as ubiquitous as possible within the narrative of the show – and therefore more memorable.
Granted, Apple doesn’t have to pay a penny to itself to advertise in its own shows. But generally speaking, advertisers should be looking for opportunities to work directly with creators to have their products featured in original content. As publishers continue to grow their stable of original programming, advertisers have an opportunity to forge integrated partnerships that will improve their penetration into key markets and ensure that audiences pay attention.
Publishers also have a clear incentive to push for these types of partnerships. A company like Roku currently has to share the revenue it gets from advertising with content owners – but as its purchase of Quibi shows, the company clearly sees original content as the path to more revenue. More original content means more chances for brands to make their mark, provided they’re willing to invest more in the platforms that produce it.
So what’s next for CTV? As I see it, advertisers, publishers and platforms have the potential to benefit tremendously from integrated partnerships and content creation. For advertisers, it’s an opportunity to get around viewers’ indifference to “traditional” CTV ads, while streamers get more ad dollars and more opportunity to develop their own content. As the market for CTV advertising continues to mature, I expect to see these types of deals proliferate. CTV has more in common with linear television than first meets the eye.
Related Topics:

Monday November 29, 2021 There are survivors and then there are thrivers, and Ethan Zohn has proven capable of being both. Zohn, the winner of Survivor Season Three, has used his fame to dedicate his life to assisting causes, especially ones that he, as a former professional soccer player and cancer survivor can […]