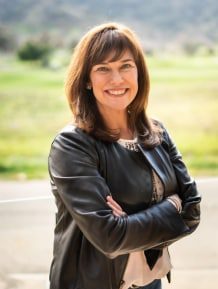 Suzy Deering joined Ford as global chief marketing officer in January, following five-plus years as worldwide and North America CMO at eBay. At the automaker her portfolio includes driving the global modernization of marketing, delivering a solid brand strategy, creating best practices while developing talent, and activating her insights and experience as a technologist to create advanced experiences for customers. In all those missions, diversity and inclusion are critical elements.

The past year has been particularly challenging for the auto industry. Chip shortages. Manufacturing delays. All amidst the surprise and shock of the pandemic.  We have had to respond with resiliency—to lock arms and deliver results.

In March, Ford reimagined its company purpose: To help build a better world where everyone is free to pursue their dreams. We are precise about those words, particularly the word “everyone.”

The general market is diverse. We’ve just never thought about it that way. And if our true purpose is to think of everyone, then we need to be way more inclusive with underserved audiences.

This is bigger than just changing our advertising. It’s also about the way products are developed and the cultural needs of each of our audiences. About the kind of dealership experiences people have. Their online interactions with us. And so many other ways that diversity must be baked into every decision we make. True inclusion requires a very aggressive, very broad view of our entire organization to identify where we have gaps and fill them.

And yes, at Ford that has led us to rethink our advertising.

We use the Gender Equality Measure early in the process of evaluating ads to understand what worked and what didn’t. What is resonating and what isn’t. We emphasize different factors that matter to a female audience, that connect them to a character or an ad.

For example, it used to be conventional wisdom that trucks are not for women but many of them drive our F-Series and Maverick. So, in those campaigns, we talk to them in their language.

For example, females love to drive trucks; they’re just not necessarily interested in hauling or towing. So, we don’t use the word “payload in those ads. When we did F-150 testimonials, women appeared throughout the spot, not just in one shot. And to introduce Maverick, we used Gabrielle Union, who has very strong GEM scores and comes across as strong and trusted.

Ford also is a founding partner of Free the Work, the non-profit working to diversify media in front of and behind the camera. It is still hard for women to break through in the creative space and we need to commit to them and be proactive about activating diversity in partnership with our agencies.

It is part of the responsibility of all women in the workforce, in whatever capacity, to be confident in our role, capability and voice. I’ve watched it go wrong by women thinking they had to be someone else. But men suffer from imposter syndrome too.

So, be authentic and confident in who you are. Never apologetic. As I discovered when I joined Ford, you will find you have very strong supporters—men and women.

A CYNOPSIS MESSAGE FROM A+E NETWORKS TV IS EVERYWHERE. IS YOUR MESSAGE EVERYWHERE TOO? Grab the Attention, Eyes and Ears of Your Consumers on All Ad-Supported Platforms It’s TV…EVERYWHERE. For Everyone. Make Every Person Count. A+E Networks LINEAR | DIGITAL | SOCIAL | CTV | AUDIO Friday January 28, 2022 Today’s Premieres Lifetime: My Killer […]

Friday January 28, 2022 For the first time ever for a Winter Olympics, NBC Sports will serve up its broadcast network’s Olympics primetime and Prime Plus shows in certain markets in the 4K Ultra High Definition format with High Dynamic Range and ATMOS sound. NBC’s primetime coverage of the Opening and Closing Ceremonies will also […]