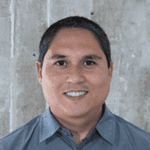 We need to talk about what we’re all buying and selling when we buy or sell pre-roll video ads–because it seems to me that these days pre-roll is not necessarily as straightforward, valuable or engaging as it used to be.

I’m not talking about bad inventory masquerading on the exchanges as something else; this isn’t like the in-banner video problem. I’m talking about pre-roll on legit sites, on real video content–just not video content that the user wants to watch.

For lack of a better term, I’m calling it side-door pre-roll.

There are actually a couple side doors these pre-roll units sneak in through–and you’ve probably seen them in action. Say you’re on a consumer technology site and click a link to an article about the latest DSLR from Canon. The article appears. Somewhere above or below the headline there’s a video player, which auto-plays a video about Nikon cameras. Close, but I’ve already decided what I’m interested in buying, and comparison shopping is not helpful to me at this point. Then there’s the other side-door where you follow the link to the content you want – a video, article or whatever – and on the same page, in addition to the desired content, is a small auto-play video featuring, again, publisher-owned but contextually irrelevant video content.

You need to trust that when a user clicks on an article, they’re doing it for a reason, and they know what they want to read or watch. To prominently feature a video on the page that isn’t about the same story, or to suggest a follow-up video that’s barely related to the subject at hand, is an insult to the user’s intention and attention.

In both examples, the video content where the pre-roll appears is legitimate. It just has little or no relevance to the content that the user is interested in, so it is far more likely to be ignored. (Sure, occasionally we’ll engage with videos unrelated to the content we came to see, but more often than not, we’ll pause, close out or mute the unrelated video.)

Advertisers lose because they’re paying for pre-roll but get none of the user attention that pre-roll traditionally delivers, effectively wasting their spend. Publishers lose by creating a disruptive UX that tests audience loyalties over time. And users lose as they’re subjected to a fusillade of irrelevant attention- and bandwidth-wasting content.

In principle, additional video content on a site shouldn’t be a bad thing. If it’s real video on a quality site and featuring relevant content, additional video could deepen engagement and give the publisher another chance to monetize. But that’s a best-case scenario. In fact, that rarely happens–for any number of reasons, from metadata-related accidents to simple greed. Indeed, more often than not, these side-door videos aren’t even in the same category as the main article. When you’re watching an NBA game recap and a second player features a clip of a celebrity chef on a daytime talk show–that makes for a cheap, non-premium experience that feels a lot like a relic of the ‘00s internet.

Publishers ought to question the sustainability of their side-door pre-roll strategy. I see inserting more contextually irrelevant video as being a little like cutting off your nose to spite your face. Publishers are choosing short-turn profits at the risk of reduced time on site and the erosion of user loyalties. Between the annoyance of disruptive video and latency or other performance issues these videos produce, publishers stand to lose the audiences that make their pre-roll inventory attractive in the first place.

Ultimately, both advertisers and publishers should respect the range of video ad products and placements, and the strategies and rates that suit each. Consider outstream video ads, for example. While they have their pluses and minuses, if the buyer actively wants it and the publisher prices it fairly, the minuses are attenuated (to degraded UX, mostly). The buy and sell sides should apply a similar calculus to these side-door pre-roll units. The right product or placement is out there for any message or price point, but publishers and advertisers have to communicate to help each other match up. If we don’t, advertisers and publishers alike will end up eroding users’ trust and loyalty and get little in return.

Engagement must be earned–this is a lesson the industry has learned in the past, and we can certainly re-learn it now.

DIRECTOR, PROGRAM STRATEGY JUKIN MEDIA LOS ANGELES, CA Oversees programming and on-air promo strategy and scheduling. Rapidly growing team that is at the center of the fastest growing area of the Streaming TV market. 8+ years in television or digital programming strategy required, in addition to a deep understanding and passion of television, streaming […]

Thursday June 10, 2021 Good morning! This is your weekly Esports Brief. Envy Gaming scored with a double, locking in big new partnerships with both ecommerce retailer ProFlowers and Fortune 500 company USAA. Each deal will see the brands activate across Envy’s network of professional esports teams and content creators, as well as […]