By Isabel Rafferty, CEO and founder of Canela Media 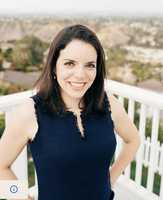 Cord-cutting has become a universal American phenomenon, with people of all different ages and backgrounds opting out of expensive relationships with cable providers in favor of subscriptions to Netflix and Disney+. Yet the type of content available on those services often fails to reflect the diversity of its audience, with a dearth of options available for Americans looking to access relevant content in a language that is not English. While there has been an emergence lately of new streamers that are helping to fill that gap by providing content that enables multicultural audiences of all generations and backgrounds to better connect with their culture, there is still much that needs to be done to improve representation and diversity on screen.
A 2020 study by Nielsen on diversity in television found that, while Hispanics make up nearly one-fifth of the US population, they have only a 5.5% share of screen across all forms of television. By comparison, Black Americans make up 14% of the population but account for 18% of the total share of screen, by far the highest for any minority group. If you look at streaming alone, the Hispanic share of screen rises to slightly more than 10% – a marked improvement, but still nowhere near parity. As the Nielsen report states outright, “For Latino audiences around the country, the TV landscape doesn’t reflect your experience or your culture.”
There’s also the question of how Latinos are being represented across television, and in which roles; after all, when looking at percentages, a stereotyped Latino role counts just as much as one that’s nuanced. It’s also disheartening to see shows that take care to depict the complexity of the Latino experience – shows such as “One Day at a Time” and “Superstore” – be canceled despite critical acclaim. Having Latino actors and stories be visible is certainly important, but it is equally vital to think about the types of stories being told, as well as who is doing the telling. Even the most well-meaning showrunner can inadvertently craft a story packed with stereotypes if there are no Latinos around them to tell them otherwise.
For many streamers, Hispanic-focused content can be an afterthought. A recent report by USC Annenberg on the diversity of Netflix’s content found that Latinos had only 5.9% of speaking roles in films and movies – which, despite being roughly in line with its fellow streamers, is particularly disappointing given Netflix’s often-stated commitment to promote diverse voices and stories. Other big names, like HBO Max, have either rebranded or launched Latino outreach initiatives in a bid to better reach Latino viewers, but it is yet unclear whether these initiatives reflect a substantive change in the types of content featured or are simply marketing campaigns that pay lip service without changing the status quo.
The problem is that most streamers seem to think of Latino-focused content as a category akin to “Films Based on Real Life” or “Irreverent Comedies”: a niche that only a select few will connect with. But that blatantly ignores the fact that Latino audiences are themselves diverse and have a wide variety of experiences. The streaming industry understands full well that a teenager living in Los Angeles is going to have very different content preferences compared to a grandmother living in Des Moines, and is perfectly willing to cater to those audiences – but for whatever reason chooses not to apply the same nuanced understanding and targeting to Latino audiences. For example, many service providers in the past have focused on bringing in Spanish-language content from Mexico, despite the fact that people of Mexican descent comprise 62% of the Hispanic population. By leaving a huge swathe of the Hispanic population underserved, these providers demonstrate their blinkered view of what it means to be Hispanic.
For the general market consumer, cutting the cord is a simple decision, based on how much they want to pay and which streamers they prefer. They’re not really giving anything up – they can still access the news, check the weather, watch sports, and watch most of the same things they could with traditional television providers. For non-English speaking audiences, the decision to cut the cord comes with tradeoffs, particularly lack of access to news and other relevant information. Not only does this leave them at a disadvantage when it comes to staying informed, it can also further reinforce the alienation that those audiences feel from mainstream pop culture and media.
What Hispanics and other multicultural audiences need is a service that’s built specifically with their needs and preferences in mind – one that makes them the center while offering all types of content for all the different segments within those larger audiences. This requires diversity both on the screen and off. In order to create a streaming service that is truly representative, the people making decisions about which stories to tell and how to tell them must be as diverse as the audience they serve.
Isabel Rafferty is the CEO and founder of Canela Media, a leading digital media technology company that uses predictive intelligence, audience analysis and matchmaking machine learning technology to connect brands with multicultural audiences through influencer marketing, audio and display advertising.
Related Topics:

Friday July 30, 2021 Today’s Premieres Amazon: The Pursuit of Love Apple TV+: Watch the Sound with Mark Ronson The CW: Burden of Proof at 8p Discovery: Dino Hunters at 9p discovery+: Zoe Bakes HBO: Back on the Record with Bob Costas at 11p HGTV: One Week to Sell at 9p Nat Geo, […]

Friday July 30, 2021 Even with ratings down for the Olympics, NBCUniversal executives told investors that the company would still be profitable for the extravaganza. With CEO Jeff Shell noting that the broadcast “had some bad luck,” and that linear ratings for the Olympics “are probably less than we expected.” Meanwhile, NBC Olympics’ […]

Thursday July 29, 2021 Good morning! This is your weekly Esports Brief. Evil Geniuses announced a partnership and investment with Wolverhampton Wanderers FC, a founding member of the English Football League. In conjunction with the partnership, Fosun, which acquired Wolves in 2016, agreed to a minority investment in Evil Geniuses, valuing the team […]