Little America, an anthology series centered on the lives of 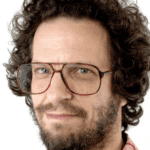 immigrants across the country that was inspired by true stories in Epic Magazine, debuted on Apple TV+ on January 17.  Executive producer Joshuah Bearman talks about the genesis of the series, and its unique development process.

How did Epic get involved in the Little America project?

Epic often publishes original non-fiction and adapts those stories into film and TV projects, but sometimes we get approached by people — writers, producers, studios — with an idea for a project that they hope will come to life with original research, reporting, or writing. That’s what happened with Little America. I am friends with Lee Eisenberg, a writer and showrunner, and he called one day right after the 2016 election to tell me he’d been thinking about immigrants as a theme for a TV show. His father is an immigrant. Many people we know are immigrants or first generation. The very idea of immigration had suddenly become politicized. And in that context, we thought that as storytellers we could offer another idea about what it means for people to come to America. There was no specific idea at first for 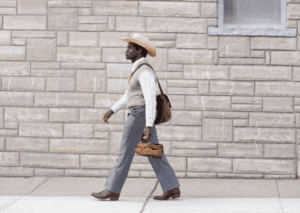 what the show would be. There was just a desire to address immigration in some way through storytelling. At Epic, I had long wanted to publish a collection of stories told first person, with dramatic portraits — something that gives you a little unmediated glimpse of the voice and life of another person. So we thought: let’s do that with immigrants. Our researchers and writers on staff, along with freelance writers, collected a hundred stories and winnowed them down to fifteen. Those we published, and that became the basis for the show. The stories were so compelling, they kind of determined the format of the show as an anthology: a varied look at different kinds people who form a collective portrait of immigrants in America.

How was the development process different than on other shows?

The development process was very different than a more traditional show. A lot of our television projects, like most shows, are more focused. At pilot phase, there’s one writer who is working out the characters and narrative trajectories and how to set all that up in the first episode and see how it can unfold over many seasons. This show had no ongoing characters. There is no sweeping narrative. So the challenges were different. This show had a large group of creative people working on it together, sorting through stories, thinking about them in different ways. And a different writer for each episode. And then a writers room after that. So it was a more exploratory process, which was great, but then required focus. Some of which was achieved with the assistance of Epic staff. Because there was a lot of material to choose from, and so we had our researchers working in the writers room, helping the writers take a closer look at the stories, going back to the subjects, learning more about their lives. That was very unusual. And it helped shape the show. The writers room phase of the process, when the true style and tone of the show emerged, was to a large extent defined by a desire for subtlety and fidelity to the original subjects’ lives, and having the Epic writers who found those stories and knew them was critical.

Monday December 5, 2022 Today’s Premieres HBO: His Dark Materials at 9p Hulu: Back in the Groove ID: The Tetris Murders at 9p USA: Barmageddon at 11p IN THE NEWS NBC ordered nine more episodes of freshman comedy “Lopez vs Lopez,” for a full-season total of 22. The series stars George Lopez and his daughter […]