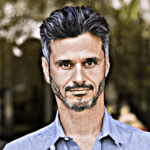 National Lampoon started as a magazine in 1970, and today has projects that span film, audio, live performance, television, and more, all pushing the boundaries of comedy for an audience they dub the “twisted mainstream.” There’s an off-Broadway reboot of live show Lemmings coming in March, as well as recently launched National Lampoon Radio Hour: The Podcast. Evan Shapiro, President of National Lampoon, talks about how the brand stays ahead of the comedy curve as it hits its 50th anniversary.

How are you reinventing the National Lampoon brand for today’s audience?

The heartbeat of National Lampoon has always been subversive comedy from the point of view of the current generation’s smartest comedians. We are staying true to that core concept.  We are taking on the mores of today’s culture through the lens of today’s smartest and most relevant comedy brains. National Lampoon Radio Hour and Lemmings are the case studies. 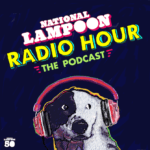 People who like twisted takes on mainstream culture. So, smart people?

How have “humor consumers” changed over the years?

In short: They are smarter. Longer: They are more educated about the world. That makes being funnier harder. Btw, it makes video games harder. It makes making any kind of entertainment harder. You can’t get away with things that were ok 25 years ago. Nor should you be allowed to. 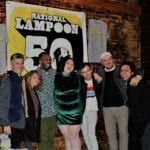 How are you helping new audiences discover the brand?

By being in places where today’s audiences congregate – audio, live shows, social, and by working with talent who best represents today’s society. When you reflect society, society notices.