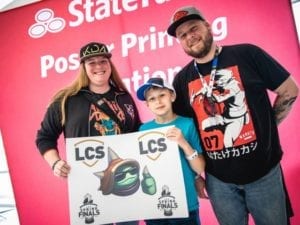 State Farm is also returning as the presenting sponsor of the League of Legends College Championship presented by State Farm, taking place May 23 – 26 at the LCS Battle Arena in Los Angeles.

“We’re proud to announce that State Farm is extending their sponsorship with League of Legends esports and the LCS, reaffirming the value and opportunities that our sport delivers to brands,” said Naz Aletaha, Head of Partnerships, League of Legends Esports. “State Farm has a rich history of sponsoring some of the biggest sports and athletes in the world, and we were thrilled to be their first-ever sponsorship in the esports space at the start of our 2018 season. This sponsorship has been extended earlier than anticipated as we are both eager to expand and build on our many fan-centric activities up through the 2021 League of Legends World Championships taking place in North America.”