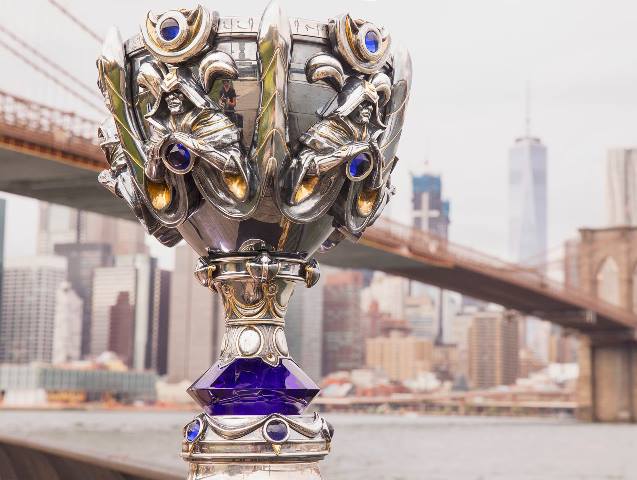 Riot Games scored a record-setting 99.6 million unique viewers for the Worlds 2018 – Finals to rank as the largest viewership number for any esports event in history, and topping last year’s benchmark of 80 million unique viewers tuning in to watch who would win the Summoner’s Cup. This year’s event peaked with 44 million concurrent viewers, according to the company, with an average minute audience of 19.6 million.

“For the past eight years, we’ve been working hard to build League of Legends into the next premier global sport,” said Whalen Rozelle, Co-Head of Esports at Riot Games. “The international interest we see in our sport, in particular the World Championship, is a direct result of our investment in developing a deep competitive ecosystem at both regional and global levels. We are tracking toward our aspirational goal of making League of Legends the first multi-generational, sustainable esport.”

The 2019 League of Legends season will begin in January and will see more than 113 professional teams from around the world attempt to qualify for the 2019 World Championship. Leagues in Europe and Turkey will introduce long-term partnership structures with organizations/teams that proved successful when introduced in China and North America leagues in 2018.

Meanwhile, Riot is also boasting that millions of fans worldwide also watched the World Championship Opening Ceremony presented by Mastercard which debuted kDA, a music group created by Riot Games, and their song “POP/STARS,” performed on-stage by Madison Beer, (G)-IDLE, & Jaira Burns. The music video reached #1 on the Billboard music charts, #1 on Google Play Top Songs, #1 on iTunes K-Pop chart, and #2 on iTunes all Pop. The song has accumulated more than 242.8 million video and music streams. In addition, the 2018 World Championship music anthem, “Rise,” produced by Riot Games in partnership with The Glitch Mob, Mako, and The World Alive, has so far accumulated more than 143.7 million video and music streams.

“League of Legends is a global entertainment phenomenon with an incredibly rich IP,” said Jarred Kennedy, Co-Head of Esports at Riot Games. “Our move this year to add more high-impact entertainment elements at Worlds reflects this belief, and the results seen from RISE! and POP/STARS validate our vision for the future of esports entertainment. We’re thrilled that the content has resonated with our players and the wider audience that tunes into the World Championship and we will continue to push in this direction.“