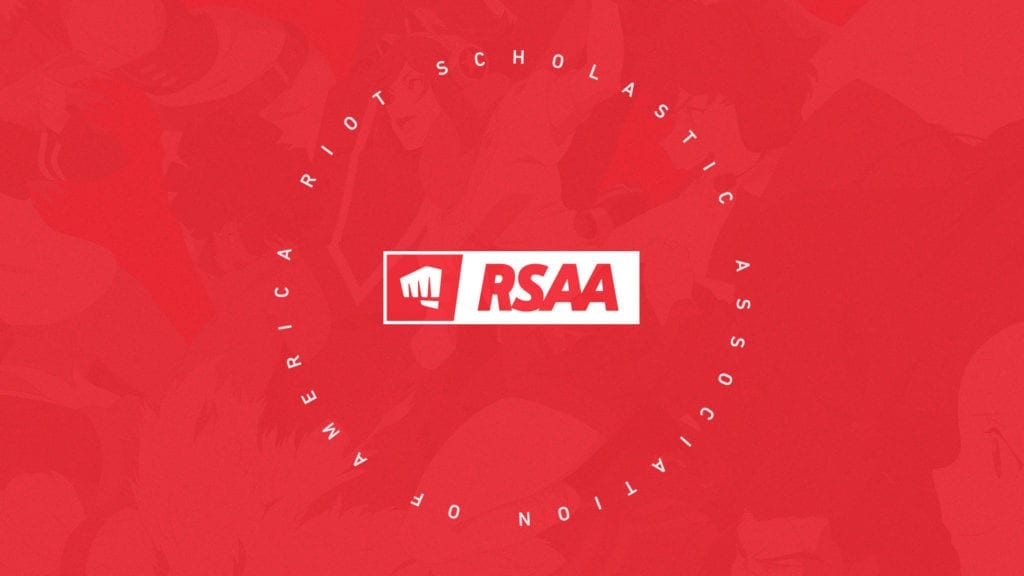 With the NCAA out of the esports picture for the foreseeable future, Riot Games announced the formation of the Riot Scholastic Association of America – designed to serve as the governing body for Riot’s college and high school esports activity and level up Riot’s continued support for scholastic esports, including scaling competitive operations, creating a more inclusive student community, and aligning with the goals of schools. The inaugural RSAA Advisory board will consist of:

“The formation of the RSAA represents Riot’s long term commitment to League of Legends, and it’s development as an inclusive, multi-generational, college and high school sport,” said Michael Sherman, Head of College for the RSAA.  “As League enters its 10th year, we’ve never been more committed to growing the ecosystem that supports it.”

The announcement comes as Riot kicks off the 2019 League of Legends College Championship – the largest college esports championship in North America.

“When we established the first varsity college esports program in the country [at Robert Morris University] in 2014, I was largely inspired to do so because of League of Legends,” said Kurt Melcher, Executive Director of Esports at Intersport.  “As an increasing number of high schools and universities across the country build esports programs, it is important that a broad range of co-curricular perspectives are included to help shape the future of campus esports.  Riot’s scholastic team is committed to creating great opportunity and establishing a more inclusive environment for all students.  I look forward to expanding my efforts through the RSAA Board of Advisors.”