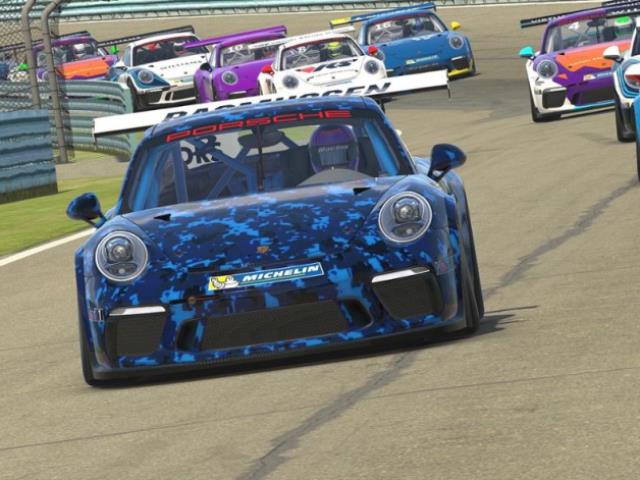 Porsche Gears Up for Esports Supercup

Porsche is expanding its one-make motorsport series in a move that will now add a virtual world championship, known as the Porsche Esports Supercup.

Competition will feature 40 sim racers, who have successfully made their way through the global qualifying process and will compete in slate of ten online races, starting April 13 on the virtual version of the Barber Motorsport Park in Alabama. The final race will take place on Sept. 28 at the Circuit Monza, Italy, with the championship offering a $100,000 prize pool.

“By adding an esports racing competition to our established series of one-make cups, we are extending our footprint in the world of motorsport and allowing sim racers to join the global Porsche Motorsport family,” said Fritz Enzinger, Head of Porsche Motorsport.

Porsche will also honor the champion of the Porsche Esports Supercup at this year’s “Night of Champions” gala, celebrating the successes of the teams and driers in motorsport, making Porsche the first major car manufacturer to pay tibute the achievements of virtual racers at the same event as their real-world racing peers, according to the company.

“With the Porsche Esports Supercup, we are launching a global championship that every serious sim racer will strive to win in his career. Only sim racers with a very high skill level have made it through the qualifying process. We are going to witness some very tight races,” adds Marco Ujhasi, Manager Esports at Porsche Motorsport.

Porsche has entered into a partnership with iRacing to oversee the championship, with all 10 events featuring a qualifying session, a sprint race and the main race.

“Porsche’s heart beats for motorsport. We can share this passion with a much broader audience through esports and create a unique community of esport fans and motorsport fans,” said Kjell Gruner, Vice President Marketing at Porsche.