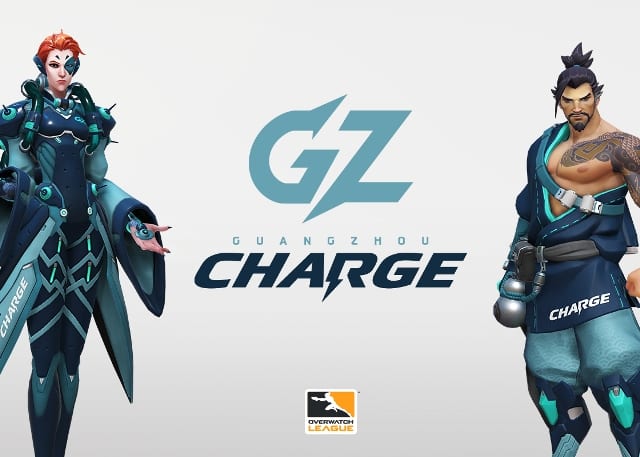 Incoming Overwatch League teams continue to roll out the branding markers with the Nenking Group becoming the latest to unveil its moniker and colors.

The Chinese team will be known as the Guangzhou Charge and the team’s brand can now be viewed on Weibo, Wechat and Twitter @GZCharge, and Facebook at fb.me/GZCharge.

“We are the first esports team to represent Guangzhou, and we want to express the spirit of our city and our team as first to lead the charge into a bright future,” said Nenking Group’s Executive Chairman  Zhong Naixiong,

The Guangzhou Charge represents a home region that encompasses the Guangdong-Hong-Kong Macau Greater Bay Area. Team execs noted that the name was chosen “because it expresses our vision to lead the esports movement in China, and to be at the forefront of innovation. It also expresses our vision for a competitive team that plays aggressive and bold.”

The team will compete in the Pacific Division of the Overwatch League starting in the 2019 season.

Chris Hwang, the team’s Marketing and Creative Director, said of the team logo: “We want to build an international organization and fanbase, so the goal for our team brand was to create a symbol for Guangzhou that people from all of the world can instantly recognize. We took inspiration from iconic sports logos where simple letters have grown to represent an entire city.” Chris explains that, “We have a large home region that stretches from the coast to the mountains, and we drew inspiration from dark blue waters, light blue skies, and lush green hills for our team colors. We’re so excited to unveil these elements to our fans, and it’s now our job to build this team brand into something that everyone in our region can be proud of.”