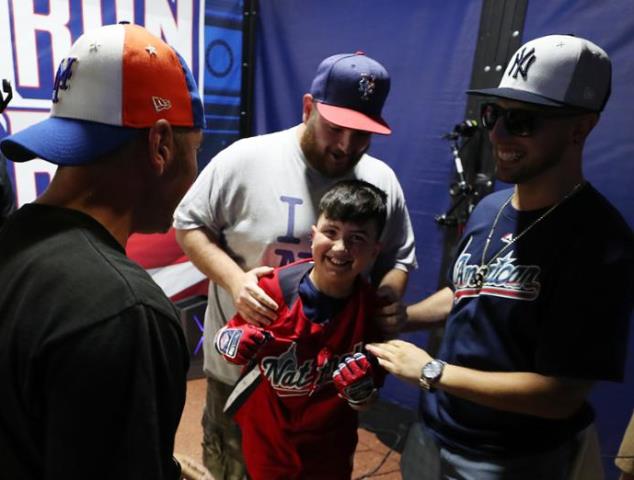 As Chuck Smolka, a nine-year-old from Staten Island won the first-ever MLB Home Run Derby VR Tournament Championship, held as part of GEICO All-Star FanFest, MLB reports that his performance in the final round on Monday , which at the time on Monday ranked as the top live streaming video on Twitch.TV with more than 120,500 concurrent viewers.

“From the first qualifiers to that tournament-winning homer, our fans had a great time making Home Run Derby VR part of their FanFest and PLAY BALL Park experiences,” said Jamie Leece, SVP, Games and VR, Major League Baseball. “The competition’s emotion also captured the essence of true sportsmanship as opponents of all ages were cheering each other on and genuinely built an immediate connection and community amongst themselves. We thank and congratulate everyone who participated.”

“We had a fantastic experience working with the MLB Games and VR team and Home Run Derby VR is an excellent product and hugely entertaining IRL experience,” said Jamie King, EVP, Esports for Engine Shop. “There is incredible unity across the entire MLB organization, which allowed us to work as a team and make smart decisions for this inaugural VR championship. Fans loved it. We loved it.”

Overall, more than 3,000 fans of all ages visiting GEICO All-Star FanFest and PLAY BALL Park from Friday to Sunday attempted to qualify for Monday’s 32-person bracket-style competition, in which fans had 90 seconds to hit as many home runs as possible using a proprietary VR bat controller.