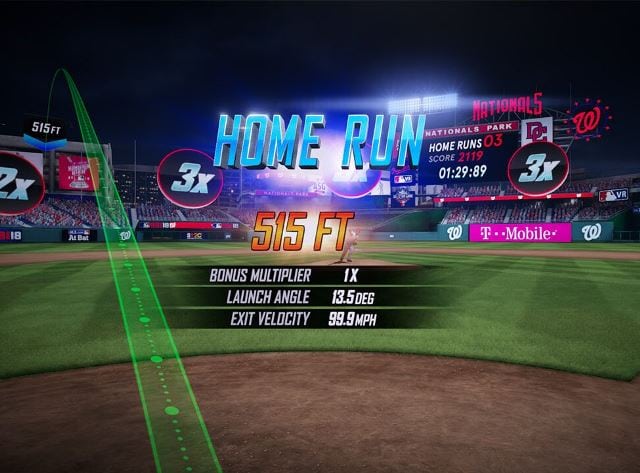 A special All-Star version of the VR game featuring Nationals Park will be used for all qualifying and championship competitions in which fans will have 90 seconds to hit as many home runs as possible using a proprietary VR bat controller. The game was developed by the MLB Games and VR team and will be powered by HTC’s Vive Pro, giving participants a premium VR experience.

The championship tournament, held at GEICO All-Star FanFest beginning at 2p will feature the top 32 eligible home run hitters from the previous three days of qualifying play in a bracket-style competition. All three hours will be streamed live to multiple platforms, including Twitch, YouTube, Facebook, YouTube and Mixer, and will feature commentary from MLB Network’s Alexa Datt, gamers RealShelfy and Fuzzy as well as nine-time MLB All-Star Fred Lynn.