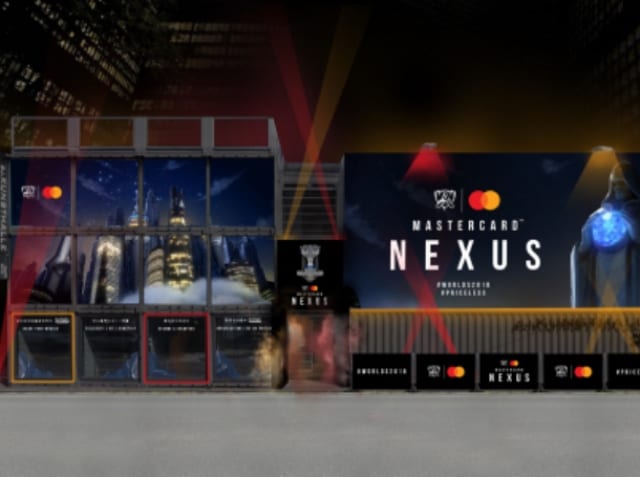 Mastercard opened the books to its first activation of the League of Legends World Championship, which will be anchored by The Mastercard Nexus, a League of Legends-themed experiential pop-up in the Gangnam Gu neighborhood of Seoul. Meanwhile, the 2018 World Championship Finals will kick off in Incheon with the “Finals Opening Ceremony presented by Mastercard,” which will include a performance of the 2018 Worlds anthem ‘RISE’ featuring The Glitch Mob, Mako, The Word Alive, and Bobby of iKON. There will also be a special performance debut of a new Riot produced song featuring Madison Beer, Miyeon and Soyeon of (G)I-DLE, and Jaira Burns.

“The Mastercard Nexus is a result of passionate, creative collaboration designed to bring the League to life for fans in new and exciting ways,” said Raja Rajamannar, chief marketing and communications officer, Mastercard. “From the Mastercard Nexus to the Finals Opening Ceremony, we are thrilled to be on the ground for our first World Championship. Our promise to create unforgettable Priceless experiences for the community is only beginning. ”

The Mastercard Nexus run from Nov. 1-3 and include experiences such as: “Become a Champion” through social, shareable Augmented Reality experience; the ability to play on high-performance gaming PCs and experience Riot Game’s Snowdown Showdown 1v1 game mode that is used exclusively at the All-Star Event; learn “how to stream” – from basics to advanced – at Twitch’s Creator Camp; and meetings with pro-players and teams.

“We’re excited to debut our partnership in such an engaging way at Worlds. Through the immersive Mastercard Nexus, the highly anticipated opening ceremony performances, and a variety of Priceless experiences, Mastercard is delivering the kinds of fan-first touchpoints that enhance the overall Worlds experience,” said Naz Aletaha, head of global esports partnerships at Riot Games. “We look forward to continuing our collaboration with Mastercard over the next few years to further evolve and define what Priceless means for League of Legends esports fans all over the world.”

In the lead-up to the finals, Mastercard curated special Priceless experiences for fans including the opportunity to view the opening ceremony rehearsal and get a behind-the-scenes tour, or to play test the gaming PCs the pros will compete on during the World Championship Final.