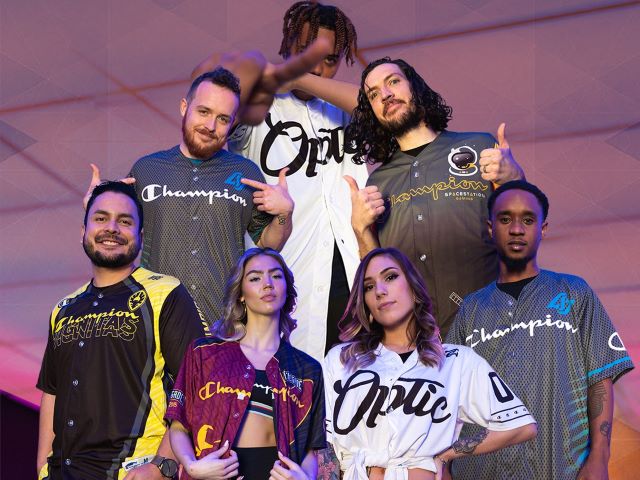 Foot Locker is adding esports merchandise to its lineup courtesy of a new product collaboration with Champion Athleticwear and five esports teams.

The collection was “designed to reflect each team’s dynamic DNA and heritage, and includes apparel ranging from jerseys, sweatshirts and T-shirts.” Teams featured in the collection include:

To launch the collection, limited quantities of the jerseys were released on NTWRK. Following NTWRK’s limited distribution, the Foot Locker family of brands – including Foot Locker, Champs Sports, Eastbay and Footaction – will launch the full lineup starting today.

“Foot Locker, Inc. has a storied history elevating traditional sports and athletes in unique ways, and now we are excited to elevate esports for our consumers within the Foot Locker family of brands,” says Andrew Gray, VP and Chief Merchandising Officer for Foot Locker, North America. “This is a great opportunity for us to continue our mission of inspiring and empowering youth culture.”

To celebrate the collection, Champs Sports will host an exclusive in-store tournament at its Times Square Flagship on May 18.

“With a rich history in athleticwear and growing presence in esports, this collaboration is the next step in further cementing the Champion brand’s influence and impact on esports culture,” says Larry Gemmell, HanesBrands’ general manager, Licensed Sports Apparel. “Together with Foot Locker, we’re uniting the esports community and, for the first time, introducing it at retail positioned squarely alongside other sports-inspired apparel. We’re thrilled to do so, and for esports fans to see the new collection.”