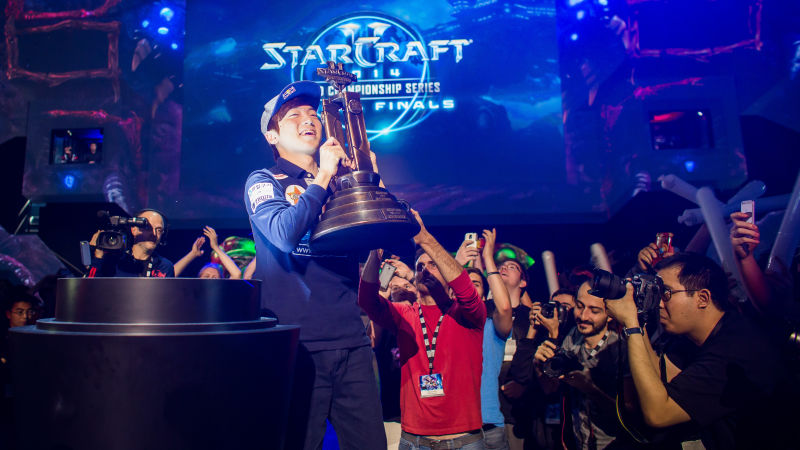 ESL and DreamHack are adding more Blizzard to the mix, courtesy of a three-year-long strategic agreement with Blizzard Entertainment that will see the creation of new ESL Pro Tour formats for both StarCraft II and Warcraft III: Reforged, with Blizzard offering up a respective prize pool of more than $1.8 million and over US $200,000 respectively for the first season.

“We are so proud that StarCraft II and Warcraft III are home to two of the most passionate, storied and devoted communities in esports history,” said J. Allen Brack, President of Blizzard Entertainment. “Both ESL and DreamHack have been long-standing partners for our esports, and we want to give our players, talent, content creators and fans the stability inherent in a long-term relationship, keeping these communities thriving for years to come.”

The new StarCraft series will take over from the StarCraft II World Championship Series and will now feature tournaments on a minimum of four different continents with the global finals moving from BlizzCon to Intel Extreme Masters Katowice.

The ranking and qualifying format for the ESL Pro Tour StarCraft II is based on the proven model of Blizzard’s existing WCS system. The first season of the StarCraft II tour comprises seven tournaments in total, including both Katowice 2020 and Katowice 2021 to allow new players to make their way to the top. Two IEM competitions and four DreamHack tournaments will lead up to the Masters Championship at Intel Extreme Masters Katowice 2021.

“We feel extremely honored to establish a new home for RTS esports fans and be responsible for two of the most prestigious esports titles of all time,” said Sebastian Weishaar, CPO at ESL. “ESL and DreamHack are deeply rooted within Blizzard esports games and have built ecosystems around them for years now. Tying both StarCraft II and Warcraft III into the ESL Pro Tour narrative is our contribution to these passionate communities and will provide both titles with a promising platform to continue writing esports history.”

After the successful introduction of ESL Pro Tour for CS:GO in September 2019, ESL and DreamHack have now locked in the second and third games to be incorporated into the global circuit created for players, fans and partners.

“This deal is a great step forward for StarCraft II esports and creates an exciting new esports scene around Warcraft III: Reforged,” said Pete Vlastelica, President and CEO of Activision Blizzard Esports. “We’re deeply committed to bringing the best in competitive entertainment to fans and players around the world, and we’re thrilled to expand our collaboration with ESL and DreamHack in support of that effort.”